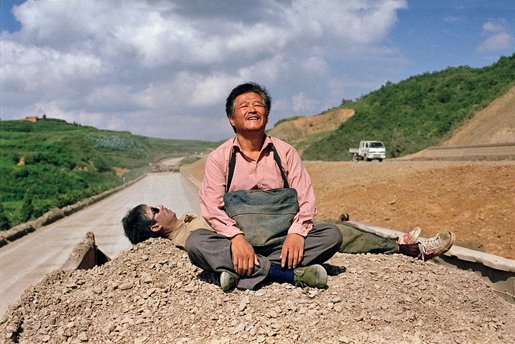 The Chinese film "Getting Home" opens the 2009 Global Lens series at the Mississippi Museum of Art. Photo by Courtesy Global Lens Initiative

Promoting cross-cultural understanding through cinema is the goal of the Global Lens film series, which began showing films from around the world in U.S. venues in 2003. It will begin its second run with the Crossroads Film Society this month, screening 10 films at the Mississippi Museum of Art in downtown Jackson.

Crossroads will kick off the series Sept. 18 with a screening of "Getting Home." This Chinese film depicts the journey of a middle-aged construction worker who travels hundreds of miles to fulfill his co-worker's last wish: to be buried in the Three Gorges region of China. Director Zhang Yang bills the film as a "soulful and humane comedy."

Other films in the series come from Mozambique, Macedonia, Brazil and Iran, to name a few. Some highlights include "The Photograph," which tells the story of a young, impoverished prostitute who becomes an elderly photographer's apprentice; and "What a Wonderful World," a Moroccan thriller set in Casablanca, about a traffic cop who falls in love with a contract killer.

"It is an extraordinarily diverse group of world films that are well outside the North American boundary," Spear says. "This is an excellent window into other films and cultures."

The Global Lens series will screen films through Nov. 6. For a detailed schedule and more info, visit http://www.crossroadsfilmsociety.com. Admission is $5; $3 for Crossroads members.