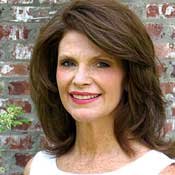 Education advocates are urging Gov. Haley Barbour to resist making further cuts to the state's education budget in response to revenue shortfalls yesterday. Barbour warned this week that more budget cuts will be likely in fiscal year 2010 and again in 2011, and asked department heads to prepare for smaller budgets next year.

Barbour has said that public education gobbles down the majority of state funds, though Parents' Campaign Executive Director Nancy Loome argued that the governor's assessment was not accurate, saying, "schools have, thus far, borne a disproportionate share of the budget shortfall burden."

"You have probably heard (politicians) claim that education makes up over 60 percent of the total state budget. That is simply not true. While it is true that all of educationincluding universities and community collegesmake up about 60 percent of the general fund portion of the state budget, the general fund represents less than two-thirds of the total state budget, exclusive of federal funds," Loome said.

Thirty-five percent of state taxes and fees are diverted to special funds and are not considered a part of the general fund appropriations, Loome explained. If the entirety of state taxes and fees are considered, public school K-12 education makes up about 24 percent of the state budget, not 60 percent. However, they suffered $114 million, or 66.3 percent, of the $172 million in cuts imposed earlier this year, according to the Parent's Campaign.

Loome pointed out that the state constitution mandates an appropriate education for every Mississippi child, but argued that state statute "expressly protects portions of some state agencies from budget cuts while leaving all of public education on the chopping block."

"(Cutting education funding) is in conflict with the state constitution. Education a top priority? Perhaps in theory, but not in practice," Loome said, asking the governor to be sensitive of the actual footprint public education left on the state budget, however.

Barbour does not seem to be making a distinction between education and other state agencies in the budget.

"Preparing the FY 2011 budget will not be an easy task: less money in the state budget means that programs will be cut and, in some cases, altogether eliminated. Some initiatives may have to be postponed, and every agency should expect a smaller appropriation," Barbour told agency heads in an Oct. 13 letter, which also requested heads provide "a complete listing of all services provided through their agency how much money is spent on each service the source of funds used to pay for each service (i.e., federal, state, special funds) and the amount of funds used for administrative purposes."

Barbour also directed agency heads to include a ranking of services from "most essential to least essential based upon agency funds," and added that the Department of Finance and Administration would send a follow-up letter to instruct agencies on the appropriate format by which to comply with a budget cut request, which is expected by Oct. 23.

"All indicators suggest the shortfall in FY 2010 will continue into the next fiscal year and could be even worse. As such, the FY 2011 budget will include significantly less revenue than in years past, as well as a significant reduction in the amount of federal stimulus money we have to spend. This shortfall will require meaningful reform of what government does, and how it does it. Our FY 2011 budget cannot be business as usual," Barbour wrote.

Mississippi Rep. Cecil Brown, D-Jackson, said the state had to be sensitive of education, noting the importance of education to the state's future economic development.

"The state can't keep under-funding education and expect great results," Brown said, referring to an October 2009 National Center for Education Statistics Institute of Education Sciences report on Mississippi math achievement levels for elementary school students, which placed Mississippi in last place among states. Only the District of Columbia came in with lower scores.

"The issue is really in the classrooms," Brown said. "This is about interaction between teachers and students. We had a report from a teacher the other day who has 32 kids in her classroom. That just doesn't work."