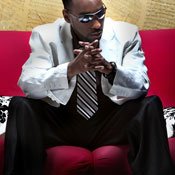 D'Mar & the Nu Funk Society returns to The Auditorium with a tribute to Michael Jackson, Friday Nov. 27.

After stuffing yourself with turkey, you might be ready for a strong drink and loud music to wash all that family time down. Friday comes just in time for that with Good Enough for Good Times featuring members of Galactic and the Charlie Hunter Trio at Martin's. The jams turn to Northern Mississippi at Hal & Mal's Friday when they bring in favorites George McConnell of Beanland, Kudzu Kings and Widespread fame playing with honky-tonk juke man Jimbo Mathus and roots singer-songwriter Shannon McNally. It's a sort of "Tour de Oxford" songwriter-showcase. Also Friday night, Shaun Patterson will start the evening from 7:30 to 9 p.m. at The Auditorium in Fondren, followed by D'Mar & the Nu Funk Society performing a Michael Jackson tribute at 9:18 p.m. Tickets are $25. The show will include all of Jackson's hits from throughout his career.

The Olympic Records Thanksgiving Showcase this Saturday night in Hal & Mal's Red Room is an event for all ages. Misha Hercules and Olympic Records will bring in Bear Colony, The Da Vincis, Dark Knights of Camelot, and Boyscout beginning at 7 p.m. It's an all ages' indie rock show, with a $10 cover. Go to http://myspace.com/olympicrecords.

If your budget is toast after paying for that Honey Baked Ham, you might just be looking for a beer and a cheap show this Saturday night. Scott Albert Johnson brings his always good times blues/roots juke to Fenian's. With a $5 cover, R&B song stylists Akami Graham & the Key of G return to Schimmel's Saturday night at 9 p.m. Also worth checking out are the Sons of the Subway at F. Jones Corner Saturday night, playing old-school blues, from midnight until 4 a.m. Admission is $5.

Tickets are still on sale for the bluegrass, jazz and funk of Béla Fleck & The Flecktones at the MSU Riley Center in Meridian next Thursday, Dec. 3. Tickets are $50-$56 and available at 601-696-2200 or http://msurileycenter.com. They'll be performing songs from their Grammy-winning "Jingle All the Way" holiday album, so it's a good way to kick off December.

One to One Studios in the Millsaps Arts District is hosting a CD release party for Special Passenger Records' Hanukkah Compilation Project next Thursday, Dec. 3, 9 p.m., $5 to attend. This December Hanukkah bash will feature The Hanukkettes and the electro-indie rock of Katie & the Bass Drums from Knoxville. Stream up the youngster weirdness at http://katieandthebassdrums.bandcamp.com.

Eclectic rock-hip-hop favorites Storage 24 return to Sam's Lounge next Saturday, Dec. 5. Also that night '80s tribute band Molly Ringwalds will play at Fire; The Remynders, Taylor Hildebrand, Johnny Bertram and Valley Magee will perform at Hal & Mal's in the Red Room. Last but not least, you can still get tickets for country legend Charlie Pride at the Silverstar Casino in Choctaw Saturday, Dec. 5 by calling 866-44PEARL.

Other choice regional shows include Jackson Browne Dec. 4 at the Memphis Orpheum, 311 at the New Orleans Lakefront Arena Dec. 4; The Brian Setzer Orchestra at the Horseshoe Casino in Tunica Dec. 11; Stone Temple Pilots at the Biloxi Hard Rock Dec. 29; Better Than Ezra at the House of Blues, New Orleans Dec. 30 and 31; and Galactic at Tipitina's, New Orleans New Year's Eve. Here are a couple of rare offerings for early 2010: The indie-rock group Midlake at the Hi-Tone in Memphis Jan. 11 and twin-sister indie phenoms Tegan & Sara at Tipitina's in New Orleans Feb. 24.