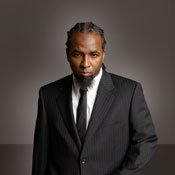 For many, November is a sobering wake-up call to tighten one's budget in preparation for looming holiday expenses. This Saturday night Martin's is bringing the Donna Jean Godchaux Band for all you Deadheads out there. Godchaux is best known as a Muscle Shoals session vocalist turned guest vocalist for the Grateful Dead and the Jerry Garcia band throughout the '70s. Guitarist Jeff Mattson of the Zen Tricksters and Phil Lesh and Friends will join Donna and her band for the show.

Friends of Touch Nightclub in downtown Jackson may want to check the club's newest endeavor: Taste Ultra Lounge, just down the street at 105 E. Capitol St. Each Wednesday night from 9 to 11 p.m., Rock 93.9 will feature a live remote broadcast spotlighting a local rock singer/songwriter. This week's singer/songwriter is Chad Wesley It's 19 and up to enter Taste Ultra Lounge, and a $5 cover.

Jackson has several eclectic offerings this Friday night to get you out the house. The Mississippi Symphony Orchestra will have its intimate Chamber I concert at St. Andrew's Cathedral Friday night. Local R&B diva Keeshea Pratt provides a Motown Tribute concert at The Auditorium in Fondren, Friday night, $20.

Cultural Expressions (in the old Seven*Studioz location) will host Jackson's favorite Caribbean chef, Godfrey Morgan, in "Jamming with Chef Godfrey" event this Friday night. A $10 entry fee gets you Caribbean food prepared by Chef Godfrey and entertainment provided by DJs Mr. C-Lecta, DJ Phingaprint, Seanmac and Jimmy Jam. The food and music (from reggae to R&B and hip-hop) starts at 9 p.m. For another event with Caribbean food and music, Chef Bruno prepares a Caribbean menu Saturday for one-night only at Huntington Grille. Music by Cucho Gonzales and Los Papis. Call 601-957-2800 for reservations; $55.

In recent weeks, Touch Nightclub downtown has been bringing in some good names in the world of hip-hop and rock. Next Wednesday night, Nov. 18, Tech N9ne, Krizz Kaliko, Kutt Calhoun, Big Scoob and other members of Strange Music will be on hand to lend a word. You might know Tech N9ne from the four songs he had on the soundtrack for the 2007 film, "Alpha Dog": "Caribou Lou," "Night and Day," "Slither" and "LA LA Land." TechN9ne released his new album Oct. 27 featuring Academy Award winners Three 6 Mafia. You can find out more and vote for Tech N9ne for an MTVu Woodie Award at http://www.therealtechn9ne.com.

Martin's will draw a crowd Friday and Saturday nights next weekend. Friday, Nov. 20, members of Jonezetta and Goodman County return with their new band Furrows. New Orleans jazz/rock favorites Glasgow will also lend a hand. Martin's brings back regional favorites Big Sam's Funky Nation back next Saturday night. You may know Big Sam Williams from his days on trombone with the Dirty Dozen Brass Band. So if you're a fan of the Double D, you know how funky they roll.

If you dig Big Sam at Martin's, The Lyric in Oxford is bringing regional favorites the Dirty Dozen Brass Band on Nov. 20. Also, tickets are still available for Jackson Browne at the Memphis Orpheum Dec. 4, call 601-525-3000 for tickets. Cheers.