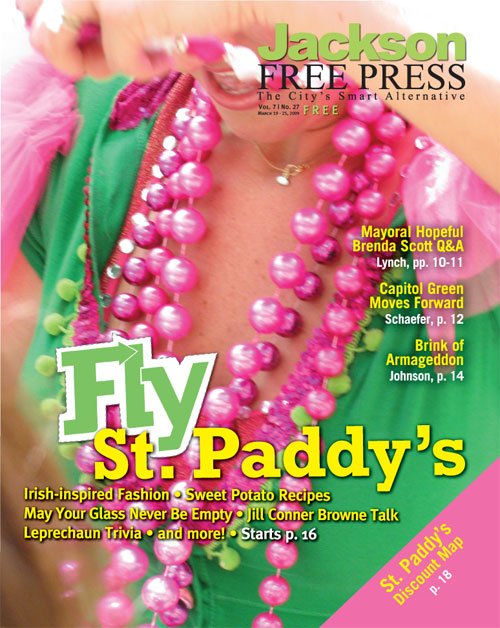 "Mal's St. Paddy's Parade is arguably one of the biggest events in Jackson every year. And the events that surround it make it a days-long celebration. Entering its 27th year, the parade is considered the fourth largest in the nation and boasts the world-famous Sweet Potato Queens. The St. Paddy's issue of the Jackson Free Press celebrates the tradition and offers a guide to the paradefrom fashion to sweet potato recipes to drinks and more. Enjoy!"

'Anything For The Chirren'
Fenian's Irish Pub
St. Paddy's Event Schedule
Sweet Potato Capital Of The World?
The Irish Saint of Beer
St. Paddy's Parade
Wee Facts About Leprechauns
To the Irish