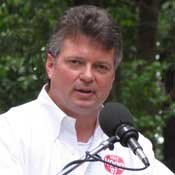 The House passed legislation last week that authorizes the construction of a new state crime lab, for which Attorney General Jim Hood advocated early on in the legislative session.

The House passed HB 1712 last week, an act authorizing the issuance of $300 million in general obligation bonds for highway and bridge rehabilitation. Legislators say more than 200 bridges are deficient, with almost half of those posing a safety hazard.

Putting Out Fires
The Senate also seems to be catching the infrastructure bug, having successfully passed SB 3280, which sets aside $20 million for bridge repairs across the state and about $1.7 million in upgrades to the aging State Fire Academy in Rankin County.

The House also gave a nod to fire safety by passing HB 1722, which authorizes the creation of $86 million in general obligation bonds for the purchase of rural fire trucks, but the bill also authorizes a host of other endeavors such as capital improvements for state colleges and universities, and improvements to the Jackson Zoo and various museums. That same bill also authorizes the construction of a new central crime lab.

Attorney General Jim Hood lobbied hard for the new facility, arguing that the current building has a habit of leaking rainwater onto $100,000 machinery.

The bill opens the possibility of the new facility being sited in Hinds, Rankin or Madison counties, so prepare for the scuffle if the bill passes the Senate. House Bill 1713 authorizes a $20 million for major rail lines, particularly the east-to-west line between West Point and Greenwood. The House anticipates the federal government's plan to build a high-speed rail between Atlanta and Dallas and wants to have the infrastructure in place to accommodate it.

House committees are considering many Senate bills, such as SB 2683, which allows the state parole board to advise the governor before he pardons or releases inmates. Barbour has pardoned murderers Paul Warnock, Clarence Jones, Bobby Clark and James Kimble, and he has suspended the murder sentence of Michael Graham, who brutally killed his ex-wife in 1989 with a shotgun blast to her head.

Kicking the Cities
The Senate adopted SB 3272, better known as the Inventory Tax Reduction Act, which gradually reduces taxes that businesses pay on their inventory. Local governments are nervous because inventory tax comprises a substantial portion of local revenue; however SB 3272 claims the state will reimburse local governments from the state Inventory Tax Reduction Fund for any revenue they lose through the new law.

The Senate Highways and Transportation Committee amended HB 1568, a bill that outlaws the use of cameras at traffic lights. The city of Jackson generates about $450,000 from camera-shot citations mailed to motorists who run red lights, and Jackson Police Chief Malcolm McMillin claims the cameras have largely ended dangerous light-running at targeted intersections.

Assistant City Attorney Pieter Teeuwissen remarked that the Legislature increasingly appears to favor legislation that hurts the state's urban areas: "We've had bad wrecks at State Street and Pearl, and that's been reduced, and we'd hate to lose that because somebody's afraid these cameras will appear in Winona, Mississippi," Teeuwissen said. "The state rarely wants to do anything to help us, but you'd think at least they'd quit kicking us."

One of the things the Legislature did do for the city of Jackson last week was pass a bill allowing residents to decide whether or not to raise their sales tax to pay for roads and police officers. The bill, SB 3268, survived a House floor vote last Friday, and allows Jackson voters to decide on increasing sales tax from the current seven percent to eight percent, with revenues going to a special fund outside the city's general revenue fund. Seventy percent of the revenue would be used to fix roads, and 30 percent would be used to hire more police and raise officers' pay. A 60 percent majority must approve the referendum.

Exempted sales items include restaurant and grocery store food and beverages, hotel and motel-room lodging, food and cable television subscriptions. Supporters estimate the new revenue generated could be anywhere between $20 million and $36 million.

Coal Plant Exemption
The House passed HB 1639, which exempts a controversial proposed coal-burning plant in Kemper County from 50 percent of its county ad valorem taxes. Rep. Jessica Upshaw, R-Diamondhead, criticized utility companies for charging ratepayers for new power plants before the plants are even builtand they do not have to reimburse ratepayers if the plant is never completed. The Senate, meanwhile, passed SB 3201, a sister bill to HB 1639, which also exempts Mississippi Power Company's 582-megawatt, lignite-burning power plant from certain taxes.

The plant still faces an uphill climb. Its $2.2 billion costs are expected to skyrocket when the new Obama administration classifies carbon dioxide as a pollutant and no longer exempts it from federal regulation.