DOJ weighs in on JATRAN 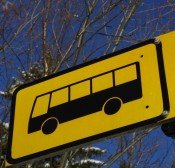 The U.S. Department of Justice has intervened on a lawsuit filed in U.S. District Court in Jackson, buttressing accusations of the inaccessibility of Jackson's public bus system. The lawsuit, filed late last year by 11 Jackson residents with disabilities and two non-profit organizations, including the Mississippi Coalition for Citizens with Disabilities, alleges the city is violating the Americans with Disabilities Act and the Rehabilitation Act of 1973 (ADA).

The Justice Department, like the plaintiffs, say Jackson has failed to maintain wheelchair lifts buses, and has not adequately trained personnel to properly assist passengers with disabilities.

Mary Troupe, director of Mississippi Coalition for Citizens, said the city also failed to provide the federally required level of service to passengers of Handilift, the ADA complementary paratransit service, among other allegations of neglect.

"We get calls all the time on where to catch a bus and where handicap-accessible buses go," Troupe said. "We don't have any accessible taxi-cabs. If someone doesn't know someone with accessible van, they're mostly out of luck."

"If you're flying in from another city for a conference, you're in trouble unless you know somebody," Troupe said. "People have to call us to find out how to get into Jackson to see the city's exhibits. A major national group had to call us once to find transportation for their group. The city couldn't help them. It's deplorable that our capital city, with everything going on in it and the convention center, that we do not have a reliable, safe transportation system."

City legal did not immediately return calls. The city's bus system is already proving to be a drain on the municipal budget. The council voted earlier this month to approve a $1.2 budget transfer to the city's bus service, saving JATRAN from financially running dry in July. The council plans to fund the transfer with insurance savings and closed city employee positions.

You know, I think there was one Capable Taxi van at one time, but I don't think it was ever used that much. It would have been years ago however.

I have a Jatran bus stop a block from my house. My three most recent Jatran adventures: 1. I'm leaving on an early Greyhound to Meridian to catch the train to Atlanta. The Jatran arrives more or less on time to take me to Union Station, but the driver drives right by me. I have to scream at the top of my lungs and finally the driver stops a block away. 2. Returning from Atlanta, a scheduled Jatran bus never arrives--I eventually leave Union Station for my house about an hour and 15 min. later and the temp is about 50 degrees in the bus. 3. I decide to take the Jatran to pick up my car in the shop. Get to the stop 5 min. early for the scheduled bus. It never comes. I finally gave up and got a friend to give me a lift after waiting in the hot sun 45 min. Jatran wasn't anything to brag about under Johnson's previous administration but it literally fell to pieces under Melton. Hopefully Johnson will get the wheels reattached. I can only imagine the frustration of anyone who really needs to depend on it daily.

LOL @ Ed. Funny episodes w/ Jatran. I've never used Jatran, but would love to. What I've heard people most complain about is the crazy transfers.

I hadn't used JATRAN since I was a kid. I'd like to ride it, but often can't get me to where I need to go, at least in a timely manner. I've said all along that what would help JATRAN is to expand the service to surrounding communities and better hours (like to 9pm and to operate on Sundays).

JATRAN needs a complete reform. Currently, the minimum is done to keep it operating and it is not efficient at all. Jackson/Metro needs a good, decent transit system, but JATRAN as it is now is far from that.

golden eagle, you are on point. retool the system, and expand the routes beyond the city limits, i would love to catch the bus out to flowood for some weekend shopping.... i hope johnson get's a capable adminstrator in there to run jatran.... it can and must work... we need dependable mass transit to get us out of our cars, choke, choke....