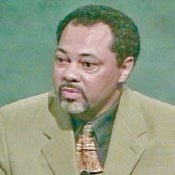 The Fifth Circuit Court of Appeals overturned convictions of Mississippi attorney Paul Minor and John Whitfield (top), who were convicted of federal bribery in 2007.

The Fifth Circuit Court of Appeals partially overturned the convictions of Mississippi attorney Paul Minor and former judges John Whitfield and Walter "Wes" Teel. A federal jury convicted Minor, Teel and Whitfield in 2007 for federal bribery and honest services fraud, but they appealed, arguing that prosecutors changed jury instructions to muddy the definition of an exchange of services for corruption, among other arguments.

Attorneys representing the three argue that Judge Henry Wingate agreed to loosen the jury instructions so that jurors could decide to convict, even if there was no clear exchange of services, or quid pro quo, between the judges or Minor.

Reagan appointee U.S. District Judge Henry Wingate had presided over the prosecution's failure to convict Minor and the other judges, including Supreme Court Justice Oliver Diaz, in 2005. Wingate removed the necessity of quid pro quo proof of bribery in the 2007 re-trial, however, and instructed the jury that they did not have to find any specific proof of bribery, or even find that the judges' rulings were illogical.

Last week, however, the appeals court tossed the federal bribery charges connected to the 2007 trial, leaving intact only the charges of honest services fraud.

The decision comes after a complicated back and forth between government prosecutors and a three-judge panel in April. Judges questioned whether the exchange of services prosecutors alleged between Judges Teel, Whitfield and attorney Minor had been specific enough.

Fifth Circuit Judge Fortunato Benavides questioned whether the prosecutors had told the jury to look for a specific enough example of quid pro quo.

"I don't think the government proved that he did, no. But I don't think that matters," government attorney Elizabeth Collery answered. "It's never been an element of bribery that you have to know exactly what you are going to get when you give the bribe."

Judge Will Garwood seemed dubious: "Not exactly, maybe, but I mean you got to be in the universe somewhere.

The decision to toss that portion of his conviction may offer some sentence reduction, although the brunt of Minor's sentence (132 months) is the result of his conviction under the Racketeer Influenced and Corrupt Organizations (RICO) Act, for honest services fraud, which the court did not overturn.

"The Supreme Court just heard oral argument last week, and it's been widely reported that the court was unanimous in their concern that the honest services statute was overly broad and impossible for any public citizen or public official to understand as far as what constitutes legal or illegal conduct," Eastland told the Jackson Free Press.

Eastland added that prosecutors' use of honest services fraud in the Minor case could potentially incarcerate any politician who's ever taken a donation.

"The vague honest services statute has created a legal twilight zone and nightmare that no citizen or public official would want to be faced with defendingwhether they are Democratic or Republican," Eastland said.

Columbia University law professor Scott Horton, who has covered the Minor issue since the 2007 conviction, predicted for political news site Raw Story that the Supreme Court was only a short time away from shooting down Minor's remaining honest-services conviction on the federal level.

"Moreover, Justice Breyer went out of his way to ridicule the way the Justice Department was applying it, and his criticism, and Justice Scalia's, goes right to what the prosecutors did in the Minor case. It will take a few months for this to work its way out, but it's clear that Minor and his co-defendants are on their way home."