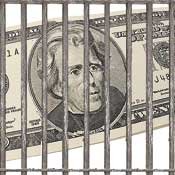 A Jackson company is alleging in Hinds County Chancery Court that the state mismanaged $3.75 million in federal stimulus funds by passing over the lowest and best bidder for a contract to "green" public buildings.

The MDA advertised a July 22 request for proposals to contractors looking to install the meters, but Utility Management Corp. alleges that the energy services contract must be given to the lowest bidder, and claims Smartsynch did not qualify.

Mississippi Code 31-7-13 states that no energy-services contract for purchases over $25,000 can be authorized or approved unless the contract is "made from the lowest and best bidder after advertising for competitive bids once each week for two consecutive weeks in a regular newspaper." The company says that MDA only placed one July 22 advertisement for the RFP in The Clarion-Ledger, instead of the two advertisements state law requires.

Utility Management Corp., which procures smart meters through contract partner Texas-based Minol USA, says through attorney Brad Pigott that they also offered the "best" bid by providing smart meters for water and gas, as well as electricity, whereas Smartsynch only provides smart meters for electric services.

Smartsynch CEO Stephen Johnston said he believed the court will dismiss Utility Management Corp.'s argument. "We think it will be a quick resolution. It was an RFP for smart meters. We make smart meters. We bid. They bid. We won. I don't really understand what their argument is all about," he told the Jackson Free Press.

Utility Management Corp. argues that it was able to make a price comparison after MDA announced its choice of Smartsynch, which included Smartsynch's cost. Public-information requests for the bids to the MDA are not possible because Hinds County Chancery Court Judge William Singletary sealed the bids at Smartsynch's request in September24 days after Smartsynch filed for a copy of the winning RFP.

The judge offered no reason for the Sept. 24 protective order, writing merely that the documents "contain information that is exempt from the provisions of the Mississippi Public Records Act of 1983."

Jeanni Atkins, a professor with the University of Mississippi Department of Journalism and the executive director of the Mississippi Center for Freedom of Information, said the standard procedure in protecting sensitive company information submitted to a taxpayer-funded agency is to make necessary adjustments to the material, rather than removing it entirely from public scrutiny.

"It would seem that they could redact whatever information from (the proposal) that could prove sensitive," Atkins said. "That would seem the thing to do."

The Department of Energy, which oversees ARRA funds for energy and weatherization projects, could not be reached.

The lack of information makes Utility Management Corp. dubious of the process by which MDA chose Smartsynch. Pigott says the state agency showed a preference for Smartsynch from the beginning. The lawsuit claims that Department of Finance and Administration Director Charles Snowden championed Smartsynch during the evaluation of bid proposals.

The Mississippi Development Authority did not return calls. Snowden has not explained why he preferred Smartsynch over UMC on the smart-metering services grant RFP rating worksheet, which rates issues such as "past performance," "readiness to proceed," and "work plan" in its comment space.

Snowden instead left the rating sheet's comment space empty, although he initially rated Smartsynch higher than possible on the same document. He gave the company a total of 100 points, when the highest possible rating was actually 85. He later marked out the "100" and scribbled "85" beside it.

Pigott is asking for e-mails MDA and the Department of Finance exchanged with Smartsynch in the months leading up to MDA's August decision to award the contract.

Johnston said the information contained in the e-mails is proprietary and should not be shared with competitors like Utility Management Corp. "We work in a highly competitive field. To put that information out there puts us at a disadvantage," he said.

MDA Executive Director Gray Swoope issued an October decision to begin the RFP process anew three days after receiving Utility Management Corp.'s complaint. But that's not the reaction sought by Utility Management Corp., which wants MDA to acknowledge Utility Management Corp. as the lowest bidder and adopt its position that Smartsynch is not entitled to receive any contract rights or public funds resulting from the July 22 RFP or successive RFPs. UMC also wants every defendant mentioned in the suit to be excluded from any further interaction with subsequent RFPs for the smart meter work, feeling the process is now tainted by individuals friendly to Smartsynch.

Smartsynch's attorney Ryan Beckett would not comment for this story.

Smartsynch is a company with connections. It named former Ambassador to Portugal John Palmer to its board of directors in 2005. President George W. Bush, a friend of Gov. Haley Barbour, appointed Palmer to his ambassadorial post. Palmer served as chairman of wireless provider SkyTel before it was swallowed by failed industry communication behemoth WorldCom. The Delta Business Journal reported in 1999 that Barbour had his own connections to SkyTel, as a company director and as a former member of the board.

Key employees at Smartsynch also donated heavily to Barbour between 2003 and 2008, with board members Johnston, Glenn McCullough Jr. and Palmer giving a combined total of $54,700 to the Barbour for Governor campaign.

Barbour, as governor of Mississippi, picks the agency heads at the Mississippi Development Authority.

Pigott argues that Smartsynch made use of its political connections in netting the MDA contract, which amounts to a violation of the spirit of federal stimulus money.

"We have caught the Barbour administration stampeding over multiple state bidding laws in their rush to get out millions of federal dollars to corporate political friends and clients. They violated a stack of state laws in trying to mis-spend these millions, even at a time when the governor is lecturing Mississippi's public school children, college students, and mental health patients that the time has come for them to tighten their belts.

"Our understanding was that the president's stimulus program was intended to stimulate jobs for the economy, not easy profits off public money for political friends of a governor," Pigott said.

The governor's political opponents have accused him of steering state contracts toward his allies in the past.

Former Mooreville Rep. Jamie Franks, now state chairman of the Democratic Party, claimed in 2007 that a connection existed between the MDA's decision to award a $1.2 million contractto close Katrina relief grants in a coastal homeowner grants programto former Senate Finance Committee Chairman Tommy Robertson, of Moss Point, and the senator's 2007 decision to kill a bill that would raise the state's tobacco tax to $1.

The Mississippi Ethics Commission considered investigating the $1.2 million contract with Robertson, Rep. Jim Beckett, R-Bruce, and Rep. Jim Simpson, R-Gulfport, and whether the three legislators had violated laws in taking the MDA contracts in 2007.

But committee members appointed by Barbour and the Republican lieutenant governor successfully ended the investigation.

The State of MS shopped local in this instance, and it seemed to bite them in the butt. Also, its "lowest and best" bid. SmartSync may have a better reputation in this field.