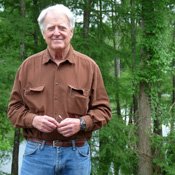 The Rankin-Hinds Pearl Flood and Drainage Control District voted to rescind its 2007 approval for a locally preferred flood control plan yesterday, and then voted unanimously to ask the U.S. Army Corps of Engineers to look at all flood control plans available to the Hinds/Rankin area.javascript:void(0);

Levee Board Chairman Billy Orr did not have a lot of details on what precisely the vote entailed, though board members indicated that progress could be made on enacting flood control by asking to the corps to consider all possibilities without bias toward any one locally preferred option.

"All I have to tell you is that we passed a resolution today to ask the Corps of Engineers to continue their work on the project, which would be stalled without this resolution," Orr told the Jackson Free Press. "We're asking them to examine all plans that have come to the board and even other plans that the public, and federal and state and local entities would submit."

The U.S. Army Corps of Engineers did not immediately return calls made to its Vicksburg office.

Pleas McNeel represents the Pearl River Basin Coalition, a group of individuals who are sensitive to the wetland area along the Pearl River between Hinds and Rankin counties, which many biologists say are filled with rare or endangered animal and plant species. The coalition has advocated for flood control that does not destroy the wetland.

McNeel said he did not understand the full ramifications of the levee board vote, pointing out that Orr and the board members did not bother to read the document out loud. Orr informed board members that they each had a copy of the resolution on their desks, so reading it out was unnecessary.

"If the board actually approves the resolution and makes it official, why would they not allow a copy of the resolution to go forward?" McNeel asked.

Three possible plans factor most prominently with the corps and the levee board. Among them is a two-lake plan, advocated by Jackson oilman John McGowan, which would use two underwater dams to flood the section of the Pearl River between Spillway and Interstate 20 creating a 4,000-acre lake.

A second plan, approved by the board in 2007, would incorporate nearly all the levees recommended in the Comprehensive Levee Plan that the U.S. Army Corp of Engineers created in the mid-1990s, but with the addition of one underwater dam, forming a single lake from Interstate 20 to just north of Lakeland Drive, across from downtown Jackson.

The corps would also likely consider a levees-only plan, which the corps initially suggested in the 1990s, but which failed to win joint funding from the Mississippi Legislature.

Board members have been battling with the issue of how to contain another devastating flood similar to the historic 1979 Easter flood, which inundated sections of Hinds and Rankin counties and put a significant portion of downtown and North Jackson underwater.

Projected costs of both proposed lake projects are proving to be a hurdle. Washington, D.C., consulting firm Economics Research Associates estimates the Lower Lake Plan to cost $605 million and expects the Army Corps of Engineers to provide $133 million for levee construction toward the project, with much of the rest coming from private, local and state sources.

McGowan projects a total cost of $336 million for his Two Lakes plan, though critics say McGowan is drastically downplaying his figure. Even with the federal government dedicating $133 million to the project and state government providing about $50 million in the form of in-lieu payments and fiscal incentives, local residents will have to finance the resulting $150 million hole through a general obligation bond and property tax hikes.

The tax hikes would presumably be no smaller under the projected cost of the $605 million lower lake project.

Levee Board member and Richland Mayor Mark Scarborough said people working for the board have quoted intimidating figures. "A five mill increase is a pretty substantial increase for anybody, but we've still got to determine if it's five mills or 20 mills ... because if it goes above five mill, the voters won't go for that at all," Scarborough said, explaining that Richland residents already pay 19 mills just running the city of Richland.

"We're not about to add 20 mills on homeowners and landowners for any lake project," Scarborough said.

Jackson resident Jack Westbrook said the tax increase would run him off his property.

"The project would effectively make me sell my home and turn it over to a developer," Westbrook said. "If I choose not to participate, I'll be 'eminent domained,' but if I play along, I still lose because I couldn't afford to keep it."

CORRECTION APPENDED: Pleas McNeel's first name was spelled incorrectly in the original version of this story in the JFP Daily. We apologize for the error.

Read the board resolution (PDF)

Looks like they're throwing the "one-lake" plan under a bus. It'll be interesting to see what happens if they don't have either One Lake or Two Lakes as a locally preferred option -- it seems like they'll get Comprehensive Levees back as the plan that the Corps will fund, since that's what's come back in the past...

Why in the world are they withholding what is clearly public information?