State Defying Its Own? 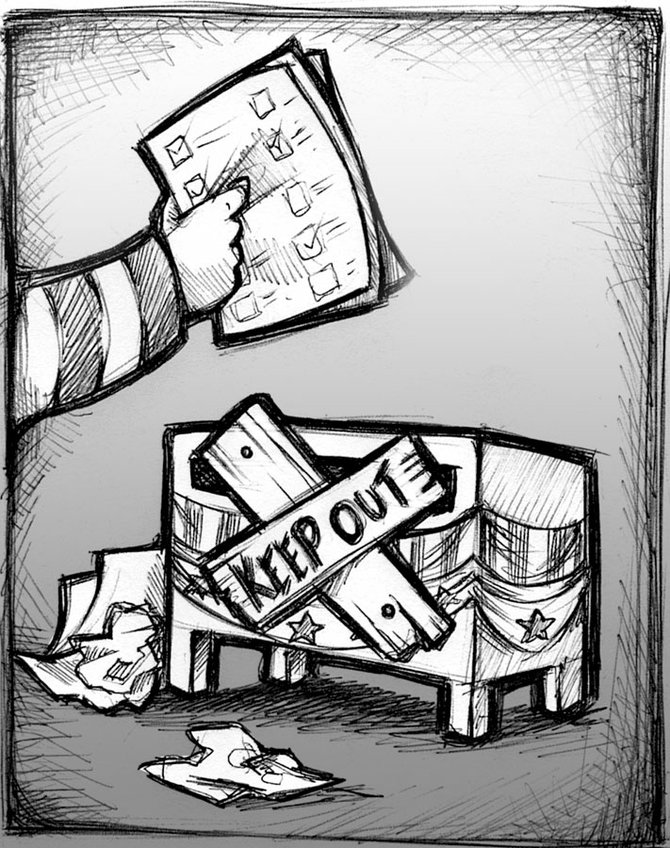 The ACLU of Mississippi filed a lawsuit on behalf of Mississippi residents Jerry Young and Christy Colley in U.S. District Court Friday, challenging the state's denial of voting rights to citizens with felony convictions. Young, a Tupelo resident, was convicted of armed robbery in 1980, and Colley, a Sardis resident, was convicted of embezzlement in 1999.

The Mississippi Constitution currently permits some convicted felons to vote for the president and vice president, but the ACLU argues that even this limited right is denied entirely by the secretary of state's office. The state does not allow voter registration that limits registrants to only vote in federal elections, like the positions of president and vice president, and instead dismisses all registration forms from felons convicted of certain crimes.

"By refusing to allow eligible citizens to register and vote for the highest offices in the land, Mississippi election officials are undermining the integrity of the state's election system and degrading our country's democratic principles," ACLU attorney Nancy Abudu said. "We will not sit back and let election supervisors continue to violate state law."

The ACLU filed a similar lawsuit in state court in 2006, but ACLU attorney Kristy Bennett said it had virtually frozen.

"The old one is still going. There was a motion to dismiss it; the judge recused himself, and the new judge hasn't done anything with the case. This is a new case about the inability to vote in the presidential elections," Bennett said.

Jerry Young, who will be 66 in October, was convicted of armed robbery when he was 45. After 19 years in prison, Young began working as a paralegal in Tupelo with the law offices of Jim Waide.

"We all make mistakes. I made some bigger mistakes, and it cost me dearly. I've been stable and working for one of the best attorneys in the state, and I have a nice house. I've worked hard, and I feel like I have a constitutional right that is getting ignored," Young said. "After so many years, if you stay out of trouble, and you've truly changed, you should be able to get your voting rights. You shouldn't even have to ask for them."

Young said he is a much wiser man than the one who broke the law so many years ago.

"I grew out of things like that. That was a long time ago," he said, adding that not only has he changed his ways, but he's become older and "about four times as educated on politics" than most voters who take voting for granted.

"Obama's got people interested," Young said, "and people are real interested in the Senate race. Used to it was (Sens.) Trent Lott and (Thad) Cochran won it all the time, and nobody was interested, but now the way things are, (interim Sen.) Roger (Wicker) could lose."

Section 241 of Article 12 of the state Constitution excludes those convicted of "murder, rape, bribery, theft, arson, obtaining money or goods under false pretense, perjury, forgery, embezzlement or bigamy" from participating in the voting process. The clause goes on to specify that the felon "shall be qualified to vote for President and Vice President of the United States if he meets the requirements established by Congress  and is otherwise a qualified elector."