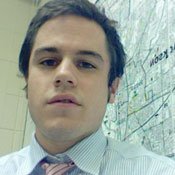 On Jan. 26, 2007, two days after a federal grand jury indicted former Klansman James Ford Seale with three counts of kidnapping and conspiracy, his defense attorneys moved to dismiss all charges on the grounds that the charges violated the statute of limitations. According to the U.S. legal code, capital crimes have an unlimited statute of limitationsand can be prosecuted whenever possiblewhile non-capital federal offenses are subject to a five-year window in which to prosecute.

In this case, Seale's alleged victims, 19-year-old Charles Moore and Henry Dee, were held at gunpoint, beaten, kidnapped and drowned in an offshoot of the Mississippi River, on the Mississippi-Louisiana border, nearly 43 years ago. At the time of their deaths, kidnapping was a capital offense if the victim died.

However, as Seale's attorneys noted in a memorandum attached to their motion, a 1968 Supreme Court decision, United States v. Jackson, determined that the death penalty was an unconstitutional punishment for kidnapping. Therefore, Seale's attorneys argued, kidnapping was no longer a capital offense, and the deadline to try Seale passed in 1969, five years after Dee and Moore were weighed down with a Jeep engine block and rail spikes in the Ole Mississippi River.

U.S. District Judge Henry Wingate denied the motion, persuaded that the court should look to the "1964 ruling" of the statute of limitations, while ignoring the "1972 revision" to the kidnapping statutea congressional amendment that officially removed the death penalty from the kidnapping statutebecause it did not apply retroactively.

The trial continued, and after nine days, jurors convicted Seale on all three counts; Wingate sentenced Seale to three life terms. Last week, a three-judge panel on the 5th U.S. Circuit Court of Appeals overturned Seale's conviction. The central argument to the 5th Circuit ruling is that the 1972 amendment made a "proceduralԗas opposed to "substantiveԗchange to the penalty for kidnapping, because U.S. v. Jackson had already determined that punishing a kidnapper with death was unconstitutional.

In making the ruling, the 5th Circuit held that "changes to criminal statutes of limitation presumptively apply retroactively to pre-amendment offenses, absent ex post facto concerns that are not present here." In other words, the 1972 amendment should apply to all earlier cases because the change was procedural, and because it does not harm defendants by assigning a stricter penalty for a crime after it was committed (the ex post facto clause). Instead, the amendment effectively reduced the penalty for kidnappingwhich, after the fact, shielded Seale from prosecution beyond a five-year statute of limitations.

However, in order for the 5th Circuit ruling to hold, the appellate judges had to prove that the 1972 reduction to the penalty was, technically, not a change to the penalty at all. This is because, as several Supreme Court cases have ruled, "absent a clear statement from Congress that an amendment should apply retroactively, we presume it applies only prospectively to future conduct." This presumption is a "rebuttable claim," and the 5th Circuit rebuts it primarily with: United States v. Blue Sea Line.

The case dealt with a violation to the Shipping Law of 1916 that, due to an amendment to the statute, was downgraded from criminal to civil. Blue Sea Line was later criminally indicted, for a violation that occurred before the amendment, which the 5th Circuit held to be unconstitutional. Though the case involves a distinction between civil and criminal offenses not present in Seale's trial, the 5th Circuit applied the Blue Sea Line ruling, which held that downgrading the shipping violation from criminal to civil was merely procedural. As with Seale, the amendment happened after the alleged crime.

The case law contained in the 5th Circuit decision is almost entirely different from that cited in Seale's trial, andwith the exception of one case, United States v. Provenzanothere is no case history that directly corresponds to the kidnapping statute in the same way as with Seale. At the trial's first motion hearing, the prosecution outmaneuvered the defense, and successfully argued that U.S. v. Jackson did not make kidnapping non-capital, but instead merely removed the death penalty from the statute. In their rebuttal to the motion to dismiss, the prosecution cited a portion of the U.S. v. Jackson ruling that stated, "the clause authorizing capital punishment is severable from the remainder of the kidnapping." However, like the defense, the prosecution largely referred to case history involving murders, not kidnappingsand it was clear that Seale's case was largely unprecedented. Wingate denied the motion to dismiss, citing no evidence that the 1972 amendment was retroactive, and defense arguments that were "out of context."

In their decision to overturn Seale's conviction, the 5th Circuit wrote that Wingate made "scant reference" to the 1972 amendment in his oral ruling, instead focusing "almost entirely on the effects of Jackson."

However, Wingate's ruling stemmed from the defense's motions, which did not reference the amendment. Wingate's statement that the 1972 amendment "was not made retroactive," was, until last week, apparently truewith the possible exception of the 2nd Circuit's ruling in U.S. v. Provenzano, a case that the prosecution sought to discredit. Last week's decision, however, has created a new, far more general rule: Procedural changes to a criminal statute are now presumed to be retroactive, absent ex post facto concerns. Until the Supreme Court changes that rule, it will keep Seale free from federal kidnapping charges.

Matt Saldaña, now a reporter for the Independent Weekly in North Carolina, covered the Seale trial for the Jackson Free Press last year.