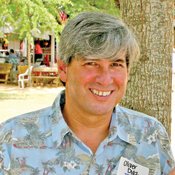 Election Day brought an upset of Mississippi Supreme Court Chief Justice Jim Smith, a U.S. Chamber of Commerce favorite, but the outcome may not have loosened the corporate lobby's influence on the court's decisions. The Chamber spent millions of dollars on past elections promoting judges willing to steer the court in favor of corporate defendants. Their fight continued this year, with some measure of success.

Unpredictable Justice Chuck Easley, lost to challenger David Chandler. Easley took the seat in 2000 against former Chief Justice Lenore Prather with the help of Chamber advertising, but was capable of voting either way in many cases. The Mississippi Association for Justice, formerly the Mississippi Trial Lawyers Association, was divided on the matching.

Chamber ally Smith lost to Crystal Springs attorney Jim Kitchens, who campaigned on a platform of fairness in the court. Smith garnered less than 40 percent support in the central district, qualifying as a veritable slamming by his opponent.

Mississippi College School of Law professor Matt Steffey said he expected the court to be slightly more moderate than it had been, though it would probably not collapse lovingly in the arms of plaintiff lawyers anytime soon.

"I think that Kitchens is less pro-Chamber, and Chandler could prove more neutral than people believe. He's a very middle-of-the-road, moderate person. He was attacked in the last election for being too cozy with trial lawyers, though we didn't see those attacks this time. Still, I think the court, with Chandler and Justices Graves and Kitchens and Carlson and Lamar, you'll see some moderate results," Steffey said.

Steffey pointed out that Kitchens and Chandler, in particular, were older and likely have no higher political aspirations at this stage in their life, and could therefore enter the court with no political record to build.

"If you're coming to the court late in life, and your ambition isn't for higher office or to get re-elected for 20 years, it can lead many people toward pragmatism. Now if you're 40, and you want to one day be governor, then you've got a point to make," Steffey said.

Kitchens spokesman Sam Hall credits Kitchens' victory to the support he garnered through his career as a lawyer, district attorney and a community leader. But he also attributed it to voters' dissatisfaction with the court's lop-sided support for corporations.

"The voters wanted to see a change in the court. They didn't want it to be one-sided in either direction. Kitchens is one of the most well-respected attorneys in the state, and people thought he would represent a change," Hall said.

Smith's unseating could prove a lesson to remaining incumbents that voters are ready for balance. Smith got a low percentage of the vote despite gaining approval and a Clarion-Ledger endorsement. Smith ran on his record of streamlining the court and speeding cases, though his opponent and several news articles also rammed home the message of Smith's favoritism toward corporate interests.

"The court was stunned by the defeat of Smith," Steffey said. "It's one thing to lose to a well-known lawyer. It's another thing to get crushed. I've spoken to no one who saw this coming. The truth is, three people with significant incumbency were all voted down. Only Justice Lamar, who was a newcomer and didn't have a formidable opponent, won re-election. I think the judges have no choice but to take home a lesson of the public's feeling of anti-incumbency and dissatisfaction with the court."

Diaz lost to the pro-corporate Pierce, who grabbed about 58 percent of the vote, though Diaz was out-gunned by the flood of Chamber money dousing the coastal district filtered through Chamber affiliate organizations like the Law Enforcement Alliance of America. Unfounded indictments against Diaz, pushed by a politicized U.S. Department of Justice, also weighed down his election. Diaz beat back the indictment and a federal jury found him not guilty in 2005.

Steffey remains bitter at the results: "Diaz suffered a decade-long campaign to run him out of office, including baseless criminal charges, followed up by libelous and slanderous advertising (by the Chamber). It was absolutely fraud, and it's a shame that they'll probably be back in the races next time," he said.

The Law Enforcement Alliance of America accused Diaz of being "the only one ... voting for" two baby killers and another killer in three cases.

The Special Committee on Judicial Election Campaign Intervention concluded the ad violated the Code of Judicial Conduct. Some television stations temporarily pulled the ads after criticisms by the committee, which condemned the ads as urging "a biased rather than an impartial court system,' referring to cases before he was on the bench.