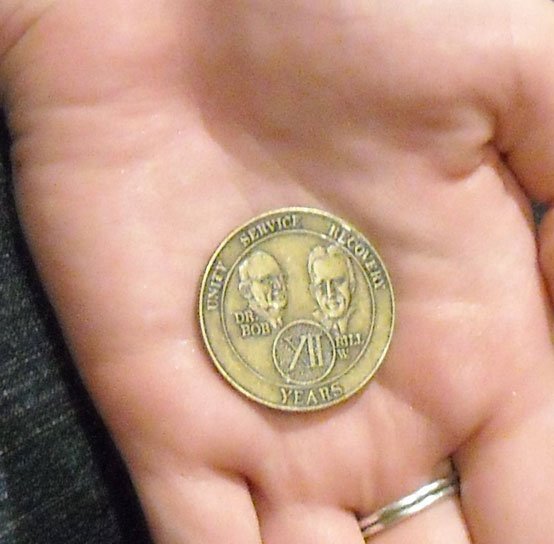 Sasha (whose real name is withheld) is an alcohol and drug addict with 12 years of sobriety under her belt. She started attending Alcoholics Anonymous meetings at age 15 with a lot of fear and apprehension but says her attitude changed as she became more involved in the program.

For an addict, abstaining is just the first step on the road to recovery. After abstaining from an addictive substance or behavior, the brain goes through Post Acute Withdrawal Symptoms, which can last an average of six to 18 months. Because of the emotional ups and downs associated with Post Acute Withdrawal Symptoms, it is critical that an addict gets into a program during this time.

Porter McKee, an addict with 18 years of sobriety, is a licensed social worker and counselor at Three Oaks Behavioral Health of Ridgeland. He stresses that follow-up treatments and aftercare are key in staying sober. "People who stay engaged in aftercare for two years up their chance of staying clean and sober by 90 percent," McKee says.

McKee offers this advice for addicts new to sobriety:

Education
When addicts learn the science of addiction, they can begin to understand why they are feeling up and down emotionally. As a result, addicts can begin accepting they must permanently change their lifestyle. It can be comforting to know that the down times will pass as the brain regulates dopamine and serotonin levels.

Get involved in a program and stick to it.
Even after the cravings subside, the triggers and urges stick around forever. That is why it is imperative for an addict to get into a program immediately. Twelve Step programs provide a carefully planned guide for recovery and take the guesswork out of the question, "I'm not using, now what?" Twelve Step meetings also provide a community of people who understand what the newly sober addict is going through.

Get a sponsor.
A sponsor, someone who has already worked the 12 Steps, is one of the most important elements of recovery and can be an addict's lifeline. A sponsor can help an addict identify and stay away from bad influences. They can also be an outlet for a newly sober person to gauge their often irrational moods and emotions.

The sponsor is an invaluable teacher who holds the addict responsible for his or her actions in a non-judgemental way, and eventually shows the addict how to hold himself or herself responsible. This can be an uneasy and daunting commitment for addicts accustomed to manipulating those around them so that they do not have to be responsible for the consequences of their addiction. In the long run, addicts usually become very close to their sponsor and form a healthy bond that allows for emotional growth and healthy relationships with others.

Do something nice for yourself every day.
An addict can feel like recovery is consuming their life.

"The program is not supposed to be your life," McKee says. "It is supposed to give you a life." He suggests avoiding burnout by doing something enjoyable, no matter how small, every day.

Avoid romantic relationships in the first year of recovery.
It can be tempting for a recovering addict to use something or someone to replace the substances that were giving them a high or sense of euphoria. This feeling can often manifest in the form of a new relationship, which can lead to relapse. A newly sober person has not yet developed the emotional maturity to sustain a healthy relationship.

"I have never seen a relationship that developed in the first year of sobriety work out. Even if the couple ends up married, it usually ends in relapse," McKee said.

Stay positive but realistic.
Recovery doesn't happen overnight. It is a lifelong process. It is an addict's nature to expect instant gratification, and when that doesn't happen, it can be discouraging. Talk to your sponsor when you are not feeling motivated. Dwelling in the past can be a downer, too, but it's important not to forget the negative things that happened because of the addiction.

An addict with 12 years sobriety who started meetings at 15 with no relapses doesn't sound like your average alcoholic drug addict. She has been in the program almost half as long as she's been alive. How long could she have been boozing and drugging? Is her real name Drew Barrymore? What constitutes rock bottom for a 15 year old? Her story sounds more like the exception than the rule.

I would be inclined to agree with you WMartin. There are way more addicts who don't even realize they have a problem until they are much older than 15. This really isn't representative of an average case, IMHO.