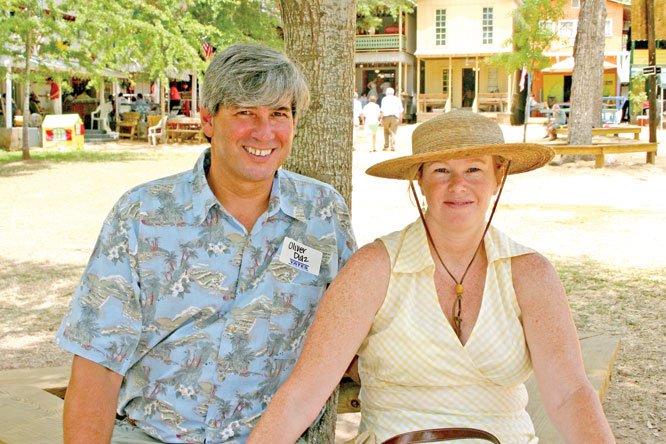 Mississippi Supreme Court Justice Oliver Diaz praised the U.S. Department of Justice's May decision to investigate cases of "political prosecution" against him. Photo by Adam Lynch

The DOJ's Office of Professional Responsibility wrote a May 5 letter to House Judiciary Committee Chairman U.S. Rep. John Conyers, Commercial and Administrative Law Subcommittee Chairwoman U.S. Rep. Linda Sanchez and others saying that it was moving forward on "allegations of selective prosecution relating to the prosecutions of Don Siegelman, Georgia Thompson, Oliver Diaz and Paul Minor."

The letter, signed by OPR Counsel H. Marshal Jarrett, promised to advise committee members of the results of those investigations "when they are concluded."

"It shows something that they're investigating," said Paul Minor's father Bill Minor, who maintains that the Republican-run U.S. Department of Justice pursued his son's charges with the goal of getting Paul out of the position to donate money to state Democratic campaigns. "It's pretty late in the game, but still better than nothing."

A jury found the prosecution's case against Diaz flawed in both instances, and once in Minor's. The prosecution had an easier time convincing a jury of Minor's wrongdoing in 2006 after Judge Henry Wingate ruled out the necessity of quid pro quoproof of briberyin Minor's case. Wingate also allowed prosecutors to tell the jury that the allegedly "purchased" rulings could be perfectly "legal and correct."

Diaz told the House Judiciary Committee in 2007 that he feared the U.S. Justice Department pushed local U.S. Attorney Dunnica Lampton to pursue charges against him, even though the indictments were shaky. A 2007 academic study published by University of Missouri communications professor Donald Shields suggests the U.S. Department of Justice had a preference for hunting Democrats. The report found that of 375 investigations released to the public, 10 involved independents, 67 involved Republicans, and 298 involved Democrats.

Lampton had no comment, but denied any political influence in the case against either Minor or Diaz in earlier Jackson Free Press interviews.

Testimony to the House Judiciary Committee from Alabama attorney G. Douglas Jones regarding the conviction of former Gov. Siegelman reveals that Jones heard Alabama Assistant Attorneys General say they "hoped" that a local Medicaid fraud case "would reach the highest level of the Siegelman administration, even though there was no evidence to suggest that at that point."

Siegelman was convicted in 2006 of bribery and mail fraud and sentenced to seven years, but is out awaiting an appeal. Siegelman told the JFP that he believed prosecutors pursued his case with Rove nipping at their heels all the way. He said the OPR office, which is an arm of the U.S. Department of Justice, investigating the issue could be compared to "asking the chickens if they feel comfortable with the fox guarding the hen house."

"Karl Rove has had eight years to get his people embedded in the office. I have no reason to have anything other than high regard for H. Marshall Jarrett, but I don't know him. I don't know anybody's background, so I can't really speak on them," Siegelman said.

One of Siegelman's lawyers, Vince Kilborn of Alabama, said he had met with the Judiciary Committee's lawyers and Chairman Conyers, and felt Jarrett could be an independent party to the investigation.

"The Judiciary Committee has faith in him. He's a career guy. He's been there a while," Kilborn said.

Diaz said he viewed the opening of the investigation as "a positive development," and said he believed he had "no reason to think that OPR is going to do anything but their job and fully investigate this serious matter of political prosecution."

Bill Minor, however, whose son has been trying to wrangle case transcripts out of Judge Wingate's court since last September, questioned how effectively even the most critical OPR assessment could affect the real perpetrators.

"There's no telling what effect it will have, if any, on the people up the line who were the decision-makers in this process," Minor said.

The Republican lead DOJ may have prosecuted but Paul Minor and the others were convicted by a jury. I hear a lot of complaining about the prosecution but no one seems to be declaring they are innocent. They just want to be seen as victims.

Rob, you seem to be missing the point. The victims of political prosecution can still be guilty of something. And the American people should be just as outraged whether they are guilty or innocent if there is a cabal of government officials leading political witchhunts. What gets me are people who can't seem to understand the dangers to our very system of democracy and way of life if that isn't exposed. So if you're concerned about no one "declaring they are innocent," then there's a hint here why. It is only so relevant to a discussion and probe of political prosecution. That is, perhaps some people are getting the issue at hand a bit better than you seem to be. Oh, and Diaz has been declared innocent, so to speak, by a jury. It is also very relevant whether someone was perhaps guilty of something, but was prosecuted more heavily than people with different political beliefs and practices. That is such an obvious statement that I feel silly typing it, but there seem to be some in Mississippi who are having a hard time grasping this, whether because they are blinded by partisanship or whether they lack some basic reasoning skills. Or both, I suppose.

If political prosecution is what is going on then it should be exposed. I believe that in any prosecution of criminal offenses our foundation for a good and proper legal system relies on the prosecution doing things the right way. Hence we have "innocent until proven guilty". With that said, an officer of the court trying to influence judges is also extremely damaging to out judicial system. They get no sympathy from me. Yes Justice Diaz was declared innocent by a jury. I have know problem with that. The system worked for him. Heavy prosecution of some and not others is a problem. It is a greater problem in our communities with some kids (mostly minorities) being sent to jail for crimes that others are let go for. I have a bigger concern for this than some political power brokers being brought down.

Both are a problem, Rob. Top-down political prosecutions that target violators from the other political party is a huge concern for our system overall. And the problem of kids of color in our communities being prosecuted harder is a huge problem as well. The existence of one does not negate the other in any way. With that said, an officer of the court trying to influence judges is also extremely damaging to out judicial system. They get no sympathy from me. Me, either. But being against their alleged actions has little to do with whether or not they are being targeted harder than people of another political persuasion doing the same thing. That is the issue on the table here and now, and it is just as bad if it's done to a "guilty" guy as to an "innocent" one. And it sure doesn't have to negate guilt in any way, as long as it was proved correctly, legally and ethically.

If it is determined that there is selective prosecution, I hope the focus is on prosecuting those overlooked because of their political connections rather than feeling sorry for the ones who were caught destroying our legal system. Paul Minor got what he deserved. If there are Republican friendly lawyers committing similar crimes, they should join Mr. Minor in prison.