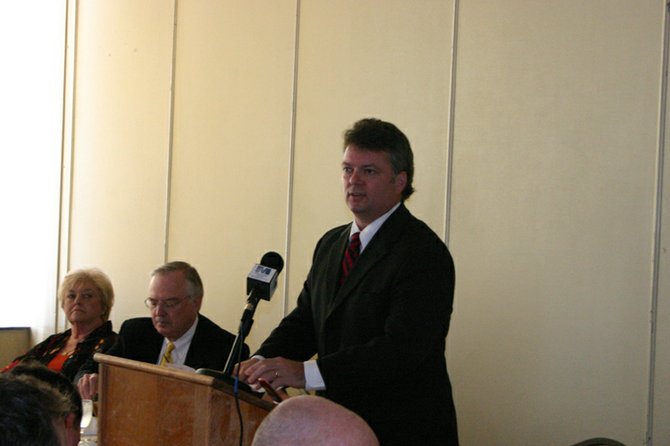 State Farm Insurance and Casualty Company said that it plans to pull home-insurance policies from part of the Gulf Coast. The decision leaves many current and potential homeowners, who live between the coastal waters and I-10, without insurance. The company confirmed to the Jackson Free Press that it will not be renewing homeowners' policies within 1,000 feet of the beach, nor will it offer wind coverage to some areas. The policy changes affect the area inundated by Hurricane Katrina in 2005. The area has since been the subject of a lawsuit and a criminal investigation between State Farm and Mississippi Attorney General Jim Hood, who sued the company shortly after the storm struck for not honoring customers' hurricane insurance policies.

Hood announced an agreement between his office and State Farm in 2007 on the $50 million class-action lawsuit, but U.S. District Judge L.T. Senter refused to endorse the agreement, arguing that the proposed settlement did not detail how payments would be determined or which homeowners would qualify. He said he feared some homeowners who rightfully qualify for payment ran the risk of getting nothing from the settlement.

State Farm began mediating with former Mississippi Insurance Commissioner George Dale after the Senter decision, though some policy-holders complained that the Dale/State Farm mediation gave the insurance company all the cards.

Hood then launched a criminal investigation, claiming the company wrongfully steered customers to raid the taxpayer-funded National Flood Insurance Program, which has run the risk of going bankrupt since Katrina hit. State Farm responded by counter-suing Hood in federal court, claiming Hood violated terms of the 2007 settlement. Both parties claim the other violated the terms of that agreement.

State Farm pointed out in a June 11 letter, to current Mississippi Insurance Commissioner Mike Chaney, that the company is acting "(i)n response to the legal environment in Mississippi," as well as the uncertainty in the Mississippi marketplace and a rapid increase in State Farm's property insurance policy count across the state.

State Farm spokesman Frazier Engerman, said the company's decision has nothing to do with "any one trigger" such as legal action.

"There's no one real one event that led to the decision. ... This was just an ongoing review of our business model and given the fact that we just need to make some changes to maintain our financial stability, so we can service all of our policyholders in Mississippi, not just on the Coast," Engerman said, adding that the decision "could affect less than 1,000 people, about 862," who will not be able to have their policies renewed.

The company's decision to cancel wind coverage could affect about 4,000 people, according to Engerman.

Homeowners lodged numerous lawsuits at State Farm that involved the difficulty of proving wind damage, which was covered in some cases, over water damage, which often was not covered. Homeowners claimed it was difficult to prove wind damage on a property with nothing left after the storm but concrete pylons or a cement slab.

Hood argued in his lawsuit that State Farm unlawfully put the burden of proving wind damage over water damage upon the policyholders, when it should rightfully have been the company's burden to prove their own argument.

The attorney general also found evidence during his investigation that the company deliberately influenced damage assessments favoring non-coverage. The evidence included information provided by whistleblowers, including doctored reports. State Farm has since sought court action against the whistleblowers, arguing that they violated an employment contract in revealing the evidence to Hood.

Hood said the company was selfishly punishing its own employees by pulling and restricting policies.

"They punish their own agents with this behavior. They punish those agents who live off the sales of homeowners' insurance, people who go to church with their clients and sell on the good reputation of State Farm in those communities," Hood said. "In 2007, they said they weren't going to write any new homeowner policies anywhere in the state because of the legal environment. The only area where Judge Senter held them accountable was in areas affected by the 2005 storm surge, not up in North Mississippi, in places like Winona."

Hood added that the mutual company "did not have to answer to stockholders" like a publicly held company. "The CEO's dad was also a State Farm CEO, and they don't have to answer to many people, so they can act immature and strike out at states and do these kind of things. It's sort of a closed, cultish environment in how it runs," Hood said.

Hood had asked legislators this year to impose state laws forcing insurance companies to provide blanket coverage of any policy they offer to the whole state, though Republicans Gov. Haley Barbour and Chaney opposed the idea. Hood's proposal never got off the ground during the 2008 session.

Chaney did not return calls, but told The Clarion-Ledger that he would work to find alternative coverage for the Coast before the new State Farm restrictions go into effect in November.

I guess some folks forgot that the purpose of insurance was to be able to get money for an unfortunate incident. You don't just pay a premium for kicks.