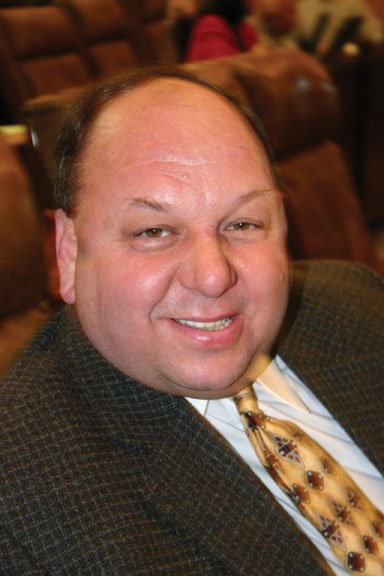 Legislators are digging in on both sides over Medicaid during the quiet days preceding the June 26 reconvening of the special session. Lawmakers are still unable to reach a consensus on a revenue increase to fully fund Medicaid, which is working with a shortfall of almost $90 million. Democrats have been pushing for a tobacco tax increase to cover the shortfall, but former tobacco lobbyist Gov. Haley Barbour will not accept the increase, and prefers a tax on hospital beds amounting to $160 a day per patient.

"The governor has instructed Medicaid to do the research on ways to make deep and significant cuts to achieve the $375 million so that we can get the $90 million share of the state match," Barbour spokesman Pete Smith told the Jackson Free Press Monday.

Though Smith was unwilling to admit that Barbour was targeting state hospitals with the cuts on Monday, Sam Cameron, president and CEO of the Mississippi Hospital Association, said Barbour's office had told him that hospitals were the prime targets.

"We've been told that the cuts would come mainly from hospital reimbursements, and nobody has told us different at this point," Cameron said.

House Public Health Chairman Steve Holland, D-Plantersville, said the move was an attempt to pit hospitals against Democrats, but said he doubted Barbour would make the Medicaid cut on hospital reimbursements.

"He hasn't got the balls to do it," said Holland said. "For one thing he can't legally do it. He's got to cut optional services first. Check your law. Hospital services are not optional. (The House) is not going to move. Barbour can do what he wants to and call whoever he wants to, but until they come to the middle with us, that's the end of the story."

Twenty-three Senate Democrats made a late attempt to meet in the middle last Wednesday, submitting a compromise bill filling the Medicaid shortfall. The bill would raise the state's 18-cent cigarette tax 50 cents to 68 cents. The bill's lead sponsor, Democrat Bob Dearing of Natchez, dropped the bill shortly before the Senate adjourned. Sen. Alan Nunnelee, a Republican, raised a point of order saying any bill containing a cigarette tax was not within the scope of the governor's call. Lt. Gov. Phil Bryant, who vowed to support the governor during his 2007 campaign, said he would take the argument under advisement and make a ruling on that question when the Senate convenes for a continuation of the special session on June 26.

The Senate bill also includes the code sections allowing the hospital tax, though it does not raise the tax.

Former Mississippi Democratic Party Chairman Wayne Dowdy was willing to settle for the 50-cent hike, however, arguing that the Mississippi State Tax Commission reports a $119 million a year revenue increase with the compromise tax.

"This is a no-brainer: Raise the tax on cigarettes, solve the Medicaid funding problem and put an end to a special legislative session that is costing taxpayers thousands of dollars a day," Dowdy said. "It's a fair, sensible solution to a major problem."

If Barbour does cut hospital funding, medical facilities may have to cut staff, raise fees or even close doors in some cases.

"Fifty percent of the hospitals in the state are already operating in the red, and that's with current state reimbursement levels," said MHA Vice President of Communications Shawn Lea. "It stands to reason that another 45 percent cut could only hurt us further."

Cameron said MHA believed Medicaid should be funded by general tax revenues or from the tobacco tax, but had been pushed to switch sides. "Since the Senate will not consider either of those two (options), our only option is the so-called Barbour plan," he said.

Holland said Barbour's threat has prompted hospital representatives to call his office, urging him to adopt Barbour's patient tax plan, but Holland is confident that Barbour's game of chicken will do more injury to Republicans than Democrats.

"It's a another case of Haley wanting his way or nobody's way. He's a big, bad he-wolf in the woods and I'm ready for him to do what George Bush has already done to all the rest of the Republicans. (Barbour) doesn't have to run anymore, but he's going to take every other Republican down with him," Holland said.