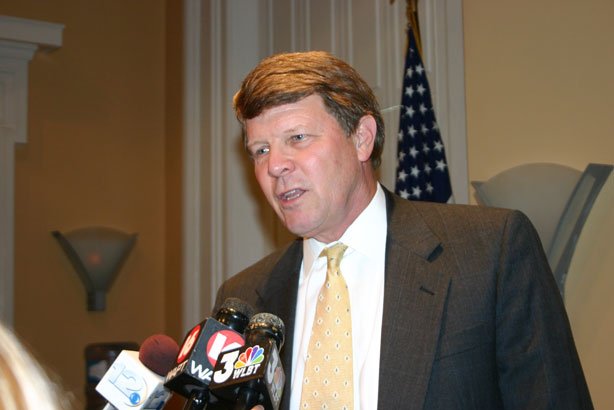 A local bank has refused to clear Performa Mississippi LLC for loans totalling $3 million to finance Phase 2 of the development of the Farish Street Entertainment District.

Performa President John Elkington sent out a statement in February lauding the closing of a $1 million Trustmark National Bank loan, made possible by a loan from the Mississippi Development Authority. Elkington assured in the statement that the closing of that loan would help pave the way for the next round of loans to finance the remaining portions of the development.

Four months later, things are not looking so good. Cato Walker, vice president of Performa Entertainment Real Estate, the parent company of Performa Mississippi LLC, said the company has been unable to coax a different local bank to authorize the loan to continue the development.

"The last loan we applied for, the bank not only wanted corporate financials, they wanted John Elkington's personal financials, as well as verification that he owned stock, that he owned his house, verification that he had money in his savings account, things that are not normally asked for in a bank loan. It tends to put borrowers off. I'm not sure what this is about," said Cato, who refused to name the bank.

Downtown Jackson Partners has been agonizing over the countless roadblocks facing development of the district. DJP President Ben Allen said the project has the potential to be one of the most successful entertainment districts in the South, similar to the success of Beale Street in Memphis, another Performa project.

Allen said he did not understand why the local banks would not endorse a loan, especially considering that the state of Mississippi, through the Mississippi Development Authority, has agreed to guarantee the loans up to $5 million.

"That is to say, if I reneged on my loan, they'll back it up. There are five $1 million loans, and they just got the second $1 million loan. There must be something else going on here," Allen said. "There's a whole lot I'd like to say about it, but many of us are working hard to get this resolved and I don't want to fan the flames in any way, shape, form or fashion. We're just trying to get it done."

Walker said one local bank strung the company along for more than a year on a loan. He would not name the bank.

"When I was with John (Elkington), and we first started this project we went to a bank, and that bank said, 'We'll look at this.' Well, subsequent to that, I left Performa, started my own business, and a year and a half later John asked me to come back and help him handle Jackson. My company and I went back to Jackson, but after I'd been gone a year and a half, the bank called to tell me they weren't going to lend John the loan. They had him out for a year and a half," Walker said. "Why would you hold somebody out that way, knowing what the project meant to the city?"

A new issue reared an ugly head a few days ago. An expansion at the Mississippi College School of Law, which borders the entertainment district, pressed the school's presence into the district. But state law demands that no business can sell alcohol within 100 feet of a school. That law means that three of the four tenants originally slated to be inside the developmentdeveloped specifically on the premise of providing resort-style entertainmentare now barred from selling alcohol, according to Walker.

Jim Rosenblatt, dean of the Mississippi College School of Law, said he regretted that his school wound up in the middle of the issue.

"Personally, I'd love to see the Farish Street Entertainment District flourish, but that's a matter for state law to address," Rosenblatt said, adding that he wished the issue could be resolved with a simple letter of exceptions from the college. "My understanding is that there is no basis for exceptions, so even if we wrote the grandest letter in the world it would really be immaterial. It's just a rule established by law."

Rosenblatt said the college had recently torn down a building and replaced it with with a new one, but added that the new building expanded only a few feet to the east, basically retaining the same footprint.

Performa has been wrangling with issues over Farish Street since 2001.

At the onset of the project, Performa reported design issues typical of developing inside a nationally designated historic area, meaning modern venues such as Wet Willies and B.B King's Blues Club would have to build around outdated building structures with a minimum of design changes.

In 2006, Performa reported the city's assessment on asbestos in some of the buildings slated for renovation had not been accurate and that asbestos was present in buildings the city has labeled asbestos free.

Then, in 2007, Performa reported inadequate gas and water connections to the buildings, although Susan Lunardini, president and co-owner of design firm Southern Consultants, disputed the claim, saying each building had a gas line and power supply, and added that "nobody runs gas connections all the way into a building slated for partial demolition."

All the while, Performa's Jackson development has been dogged by financial issues, with MDA initially tying strings to a development loan stipulating apartment construction near the district, and a general unwillingness of local banks to endorse Farish Street loans.

“The last loan we applied for, the bank not only wanted corporate financials, they wanted John Elkington’s personal financials, as well as verification that he owned stock, that he owned his house, verification that he had money in his savings account, things that are not normally asked for in a bank loan. It tends to put borrowers off. I’m not sure what this is about,” said Cato, who refused to name the bank. Did the bank ask for his shoe size and blood type, too? Geez Louise!

The Clarion-Ledger has a follow-up to this story by Adam last week. There's a lot left out, and not much new, except that David Watkins says he might get involved. It's odd that Joyner didn't ask Melton what he thought of the possibility of Watkins getting involved, considering his past treatment of him over the King Edward, etc. This is the first time I remember the Ledger even trying to give any context on the politics behind this story, although it's incomplete. What about the people Melton was wanted to do the project? Why not talk about that, too? At least they're making a stab at journalism, which isn't all that common over there.

i did not know that Melton had publicly named an alternative developer.perhaps i have missed something in the local reporting.of great interest is that melton has nominated three new appointments to the JRA,one of whom would replace Brent alexander,who as evidenced by today's story is pulling no punches.also, although this is unrelated i would like for your readers to be able to commenton the press accounts of mayor meltons meeting yesterday on a summer jobs "program", which appears to be something he just thought up the other day and apparently has misled hundreds of young people to believe that there will be jobs available to them in the next few days.

JFP at least quotes the Dean, while the CL completely ignores the facts... no surprise. There was no "expansion" of the law school. MCSOL just tore down a building they already owned and built a newer facility. I was in law school at MC when the old building was there - the new one is on the same lot. I believe the people in charge are trying to characterize this as an "expansion" to cover up the fact they failed to determine they were too close to the school when the project started out. Good presentation of both sides JFP. Hey Chris, and the CL - get your facts straight.

I believe the people in charge are trying to characterize this as an "expansion" to cover up the fact they failed to determine they were too close to the school when the project started out. THANK YOU! That's what I've been wondering since this story came out. This should have been acknowledged and dealt with YEARS ago. And we can thank BOTH mayoral administrations and the developer for overlooking this issue.

Charles, it's all about the quick sound bite at the Ledger, rather than the small print. Unfortunately, good journalism should be about the small print, as well as the big picture. He-said-she-said, ound-bite journalism misses both. Can we talk about, though, how dumb it is that alcohol cannot be served next to a *law school.* These aren't exactly children. What can we do to get that idiocy changed?

The last loan we applied for, the bank not only wanted corporate financials, they wanted John Elkington’s personal financials, as well as verification that he owned stock, that he owned his house, verification that he had money in his savings account, things that are not normally asked for in a bank loan. It tends to put borrowers off. I’m not sure what this is about,” said Cato, who refused to name the bank. As a business person, I can attest that a bank requesting the information cited above is not at all unusual...even in normal times. When you factor in the current "credit crisis" John Elkington should have been more than prepared to provide this basic loan underwriting data. From my experience in Jackson, MS; Cleveland, Ohio and New York City, when banks don't know you, when you are from out of town, and when you are dealing with a project that includes the words: minority, black, inner city, out of towner, John Elkington should have been expected such treatment. Hasn't he done this before?