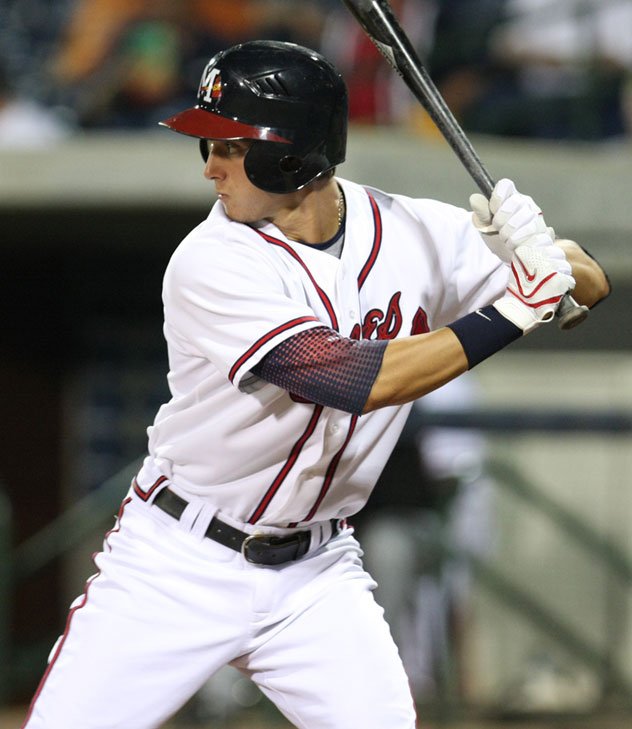 At the start of the second week of March, Jordan Schafer wore an Atlanta Braves home uniform, playing left field. The Braves faced the St. Louis Cardinals, a club with the likes of Albert Pujols in the lineup. A light breeze blew toward the outfield, making the sunny, 67-degree weather feel almost perfect. Standing in the outfield between pitches, Schafer's mind began to wander beyond the limits of pop flies and Texas-leaguers that might find their way to his range of the lush, green field. He took a moment and began to scan the packed stands, taking in the sight of 8,903 fans already excited for the upcoming Major League season.

Jordan hoped that he might be a part of that season in the Big Dance, but also felt a sense of satisfaction in his place that March afternoon. He felt lucky to be one of the chosen few participating in Braves camp, trying to earn a shot at the 40-man roster. That sense of satisfaction did not last long, however. His mind quickly began to mull over the Major League Baseball investigation into the possibility of Schafer using steroids and how the result of that investigation might affect his future.

Less than a month later, Schafer knew the immediate consequences of that investigation. Based on a "non-analytical positive" for HGH use, Schafer never failed a drug test, because the drug that Major League Baseball said he used, Human Growth Hormone, does not have a viable test. According to an April 30 ESPN.com report, the factors MLB used to determine Schafer's use include: "Two sources (who) said Wednesday that Jordan, regarded as Atlanta's future center fielder, received the growth hormone from someone close to him but outside the organization, and that a player who had previously violated MLB's anti-doping policy informed baseball officials that Schafer was using the all-but-undetectable drug."

For his purported use of HGH, Schafer received a 50-game suspension, the first suspension that MLB's investigative department, formed in 2007, handed down.

Schafer has been back in minor-league action for the Mississippi Braves since May 30. While he initially thrived upon return from his suspension and extended spring training "I was just ready to get out of there," he saysSchafer has begun to struggle offensively as late, hitting just .225 in July after hitting .274 in June. He credits his inability to focus for his troubles at the plate.

"Since I've been back, my focus hasn't been too good," Schafer says. "It's taken me a little bit to get over this, mentally more than anything."

A pitcher all through high school, Schafer still holds a special regard for that aspect of the game. When asked about pitching, his face immediately lights up. When he can't seem to get his bat to listen to his head, Schafer often recalls his time as a high-school hurler.

"I definitely miss (pitching), that's really what I spent all my time doing in high school," Schafer says. "I certainly didn't do anything hitting-wise (in high school). Especially when I struggle hitting, I start missing it more."

Luckily, here in Pearl, the fans have been nothing but supportive of Jordan. It's on the road that Schafer runs into trouble. "I can do nothing but laugh," Schafer says. "But I get a bunch of stuff on the road.  Whatever you can imagine, I'm sure it's been said."

While the negative response from road fans has wreaked havoc on Schafer's mental state, the nagging question of "what if" keeps tugging at Jordan's mind. Before his suspension, Schafer was on a track to see time in the majors this year, likely starting for Atlanta in 2009. However, after losing those 50 games, Jordan believes that timetable is in jeopardy.

"(The timetable) was definitely affected," Schafer says. "I'm definitely going to have to go somewhere this off-season and play winter ball just because I missed those 50 games. I need those atbats if I have any shot at trying out and making that team."

As disappointed as Schafer may be by his season so far, he hasn't lost sight of his major league aspirations. Schafer hopes that through forgiveness from the fans, he can find a way back to the bigs. After seeing Josh Hamilton break the single-round record for home runs at the home-run derby July 14, Schafer's hopes are boosted even further.

"When you see how accepting the fans were of Hamilton, all the stuff that he's been through," Schafer says. "With people who make mistakes like that, the fans are willing to give you a second chance.