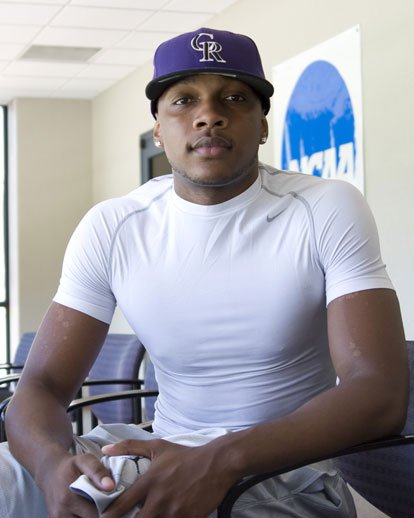 Juan Joseph, 20, did not plan on being a starting quarterback for a college football team. In fact, he did not even plan on playing football in college. But plans changed. During his time starting under center for the Millsaps Majors, Joseph has broken 14 school records, and some believe him to be the best quarterback to come through Millsaps in a long time, maybe ever.

In high school at West St. John High in Edgard, La., Joseph was a three-sport athlete (basketball, baseball and football), and football was his least favorite.

"My sophomore year (in high school), I decided to play football, but I didn't really want to play," Joseph says. "I just wanted to be on the sidelines because all my friends were out there."

He did not stand on the sidelines for long, though. After the team's quarterback graduated, Joseph earned the starting job his senior year. He proceeded to win all-district and all-state honors, and his high school won the 2A state championship.

After high school, Joseph decided to come to Millsaps, even though he had received a full scholarship from Alcorn State University. The decision was easy for Joseph because he had the possibility to play football and basketball for the Majors, and his best friend would be attending Millsaps as well.

Once at Millsaps, Joseph saw he would not have time for both sports and chose to focus on football.

Even though Joseph prefers playing receiver  "Still now, I want to play receiver, but no one wants to give me a chance,"  Joseph says, joking, he excels at quarterback and has been starting for the Majors since the end of his freshman year.

After earning his place in the Millsaps record books, Joseph has plenty of accomplishments on the football field to look back on. However, he says his most important accomplishment has nothing to do with football.

"My mom was always education first before anything else," Joseph says. "This summer when I was home and I received my report card, I got a 3.7, and I made the dean's list last semester. My mom was real excited."

Joseph plans to get an MBA from Millsaps. He says he would not mind playing professionally, but it's not a priority.

"If it comes about, that would be great, but it's not really one of my goals. However, I think I do have a possibility to play on the next level.