No Room for Doubt 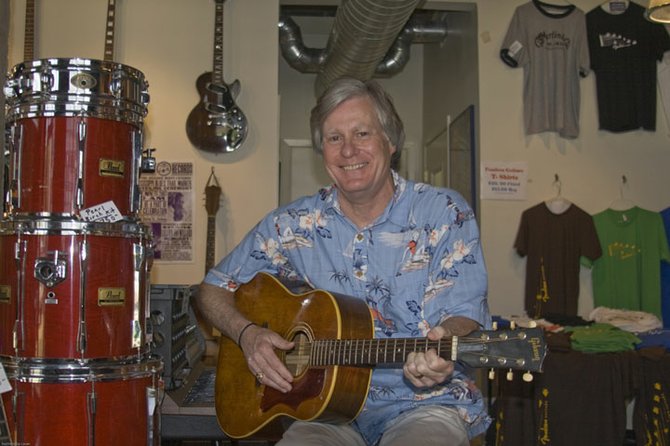 For aspiring college bands, the arduous choice between school and a professional music career is a common one. But few people ever face that crossroads with a future music legend. Jacksonian Bill Kehoe is one of those people.

Kehoe, 59, met Jimmy Buffett at the University of Southern Mississippi in August 1967 while pledging Kappa Sigma, which was Buffett's fraternity. The Beatles released their seminal album "Sgt. Pepper's Lonely Hearts Club Band" in June, and Buffett and his band were inspired to take their band electric. They just needed to fill one more spot to make the transition.

"I had played some drums in high school in New Orleans," Kehoe says.

"We went to Jimmy's house the next day and jammed for a couple hours."

A week later, Kehoe was playing with Buffett's band The Upstairs Alliance on Bourbon Street. Still on a Beatles kick, The Alliancenamed after their pact to form a band at a second-floor apartmentbecame known for their three-part harmonies and Beatles covers.

"I think we were probably the first place on Bourbon to play a 25-minute medley of Sergeant Pepper's," Kehoe says.

After a light touring schedule in fall 1967, things heated up in the spring of 1968. The Alliance was gaining ground on the Gulf Coast, and the band became a fixture at the strip club-turned-rock 'n' roll bar, The Gunda Inn, in New Orleans. The potential of a music career glowed brighter and, naturally, the studies suffered.

"My GPA my second quarter was 0.23. That's a D in English and F in everything else," Kehoe says. "At the time, the Vietnam conflict was hot and heavy. Your friends went over there and didn't come back. Or went and came back a different person. One of the deans said I had lost my student deferment. But I got it back, and we kept on playing."

They kept on playing until the summer, when post-college commitments broke the alliance forever. Kehoe and Buffett would continue playing as a two-piece band, but it wasn't long before Buffett broke the inevitable news: He was heading to Nashville for more exposure. And he wanted Kehoe to come along.

Kehoe faced an incredible decision: Drop out of school and follow a clearly talented Buffett to the country's music capital, or pursue other ambitions.

As he considered Buffett's offer, Kehoe couldn't shake visions of the last spring, when a record label's flirtations convinced him to pack everything he had into his '58 Chevy and permanently move to New Orleans.

Disaster cut his road trip short: While playing a show during Mardi Gras, his stereo, clothes and albums were stolen, along with his confidence in a musician's precarious proximity to poverty. "I took that as a sign," Kehoe says, laughing. "I decided it'd be best to stay and get my college degree."

So the two parted ways, and after playing Nashville for a few years, Buffett found a hit. "I was driving from my office, and this song came on. It sounded familiar," Kehoe said. Finally, the disc jockey squawked through the FM stereo in his car: "Brand new song by a brand new star, 'Come Monday,' Jimmy Buffett."

"At that point, I nearly ran off the damn road," Kehoe says.

Kehoe maintains that he doesn't regret staying in Mississippi. He married his wife, Julia, in 1972, and the couple has five children. He's worked in public relations and advertising since, and is currently working to form an arts, entertainment and sports agency here in Jackson.

Kehoe hasn't quite gotten music out of his system, either. He plays drums for the Arnold Lindsay Blues Band, an outfit that has appeared at the 930 Blues Café in Jackson, the original Ground Zero blues club in Clarksdale and the new one in Memphis.

With plans for a solo album, Kehoe still finds the time to front his own part-time jazz band, the Bill Kehoe Jazz Trio.

Kehoe still keeps in touch with Buffett, although Buffett's popularity keeps them from corresponding as much as they once did.

When Kehoe's daughter Erin visited Buffett backstage for a concert for the first time, he took her to the side.

"Erin, I just want you to know one thing," Buffett told her. "I am the reason that your dad is insane."

Does Kehoe think he's crazy? "Everybody's a little insane. I've been on the creative side all my life  and if you're a creative person who writes ad copy or business documents, or writes songs and plays music for a living, you've got have a little crazy side to you."

Straight from the book of Buffett himself.