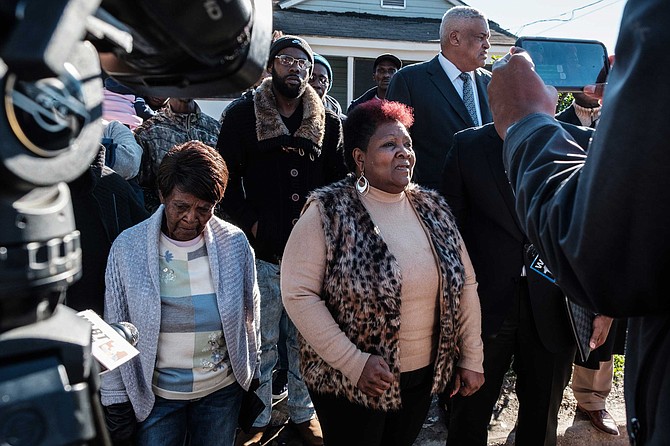 Bettersten Wade, George Robinson’s sister, demanded on Jan. 24, 2019, that the police officers who beat her brother, who later died, be held accountable. Beside her is George's mother, Vernice Robinson. National attention turned to police brutality cases after George Floyd’s murder in May. File photo by Ashton Pittman.