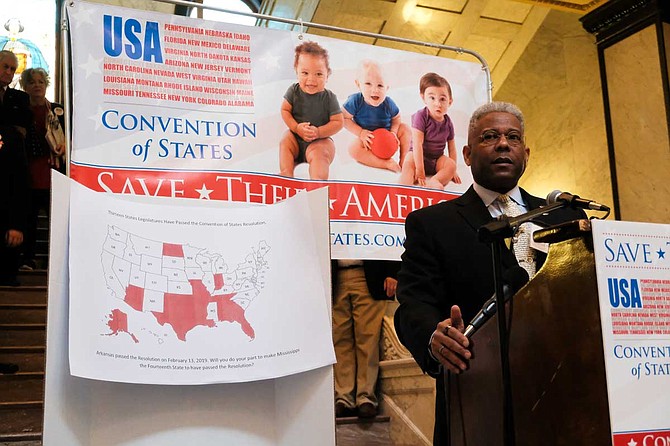 Retired U.S. Army Lt. Col. Allen West speaks in the Mississippi Capitol rotunda to support a resolution for a new constitutional convention. A map behind him shows the state legislatures that have already passed resolutions.

On Feb. 21, 2019, retired U.S. Army Lt. Col. Allen West asked state legislators to do something Americans have not done since the time when muskets and bayonets were commonplace—call ...