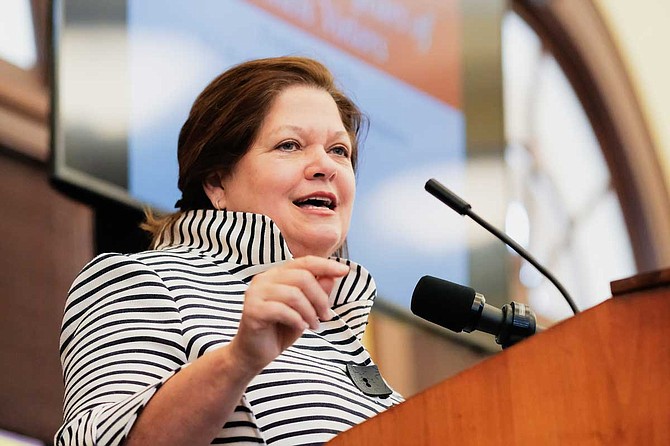 Jennifer Ingram Johnson was the featured speaker at a League of Women Voters luncheon meant to commemorate the 100-year anniversary of the 19th Amendment, which granted women the right to ...