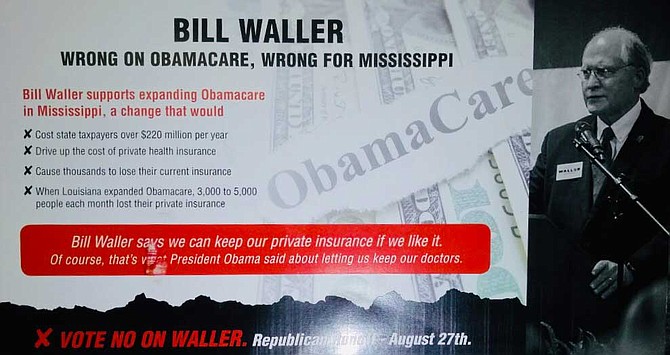 Reeves' mailer claims Waller's plan would "cost state taxpayers over $200 million per year." The plan that Waller supports, which the Mississippi Hospital Association introduced in May, would not rely on state tax funds. Photo courtesy William Bova