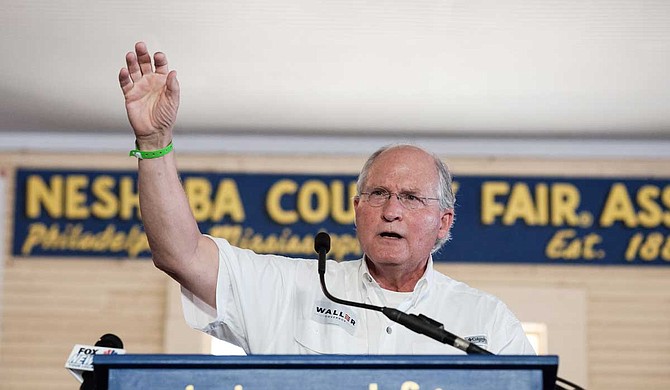 Republican candidate for Mississippi governor Bill Waller, the former chief justice of the Mississippi Supreme Court, told a crowd at the Neshoba County Fair on Thursday that he supports expanding Medicaid in the state, though he prefers to call it “Medicaid reform.” Photo by Ashton Pittman

A mostly white and conservative crowd at the Neshoba County Fair roared approval on Thursday as Republican candidates for governor pledged to bring the final piece of former President Barack ...