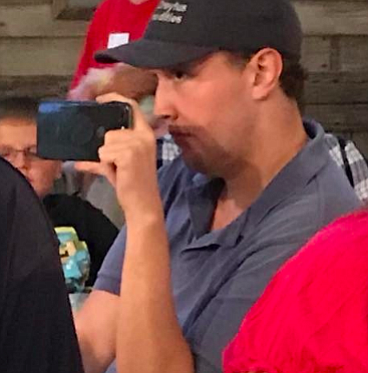 The Mississippi Conservative Daily ran this photo of a man believed to be Frank Lawler tracking a Chris McDaniel campaign event in August. The McDaniel camp believes he is tracking opponents of Sen. Cindy Hyde-Smith on her behalf, which her campaign denies.