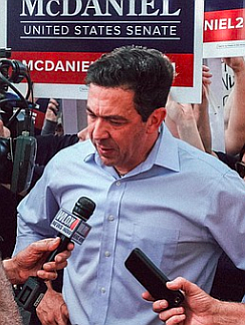 Staff for U.S. Senate hopeful Chris McDaniel blames a "corrupt" system for the trackers the Senate campaigns are seeing leading up to the elections. They blame the Republican establishment for the trickery. Photo by Ashton Pittman