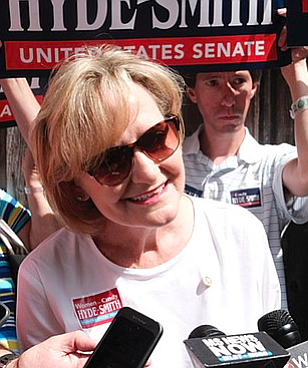 U.S. Sen. Cindy Hyde-Smith's campaign denied that Frank Lawler works with them and say it is illegal to coordinate with a PAC. They do know him, however. Photo by Ashton Pittman