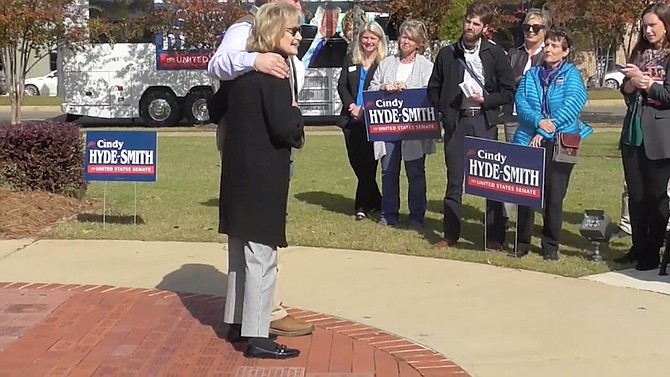 U.S. Sen. Cindy Hyde-Smith said at a campaign event on Nov. 2, 2018, that she would be “on the front row” of “a public hanging” if invited. Video screenshot courtesy Lamar White Jr.

Republican U.S. Sen. Cindy Hyde-Smith lit up social media Sunday morning after a video clip in which she jokingly says she would be “on the front row” at “a public ...