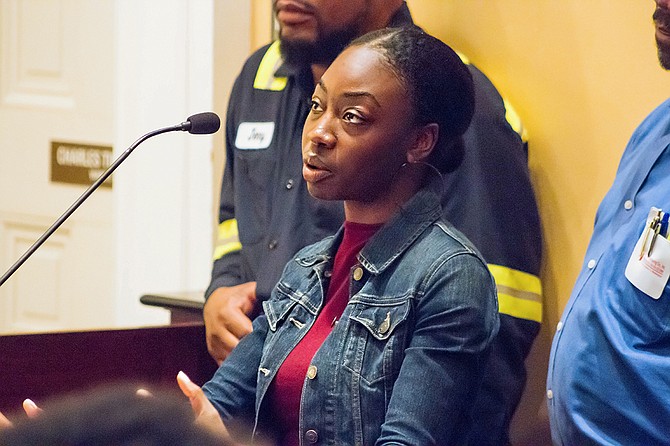 Jacksonian Calandra Davis expressed her dissatisfaction with Project Eject in Jackson over the last year at a city council meeting on February 27, 2018.