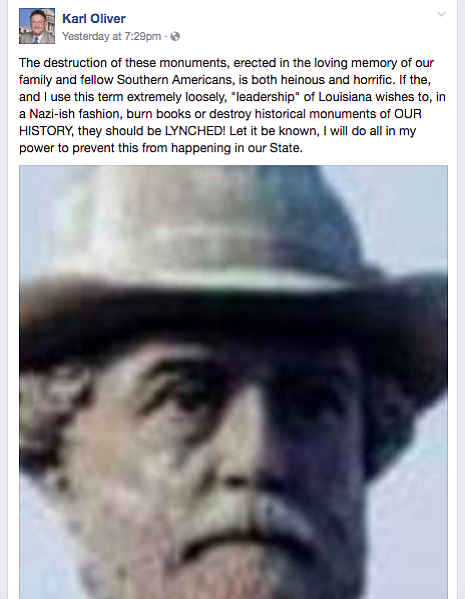 ACLU of Mississippi Calls for Investigation into Rep. Karl Oliver's Past

The ACLU of Mississippi has called on Gov. Phil Bryant, House Speaker Philip Gunn and the House Ethics Committee to investigate whether Rep. Karl Oliver's statement was a breach of ...

House Speaker Philip Gunn stripped Rep. Karl Oliver, R-Winona, of his vice-chairmanship today after Oliver’s Facebook post Saturday, which said those supporting the removal of Confederate monuments in Louisiana “should ...

Rep. Karl Oliver posted on Facebook that those taking down Confederate statues "should be LYNCHED!" He later apologized, but many are calling for his resignation.