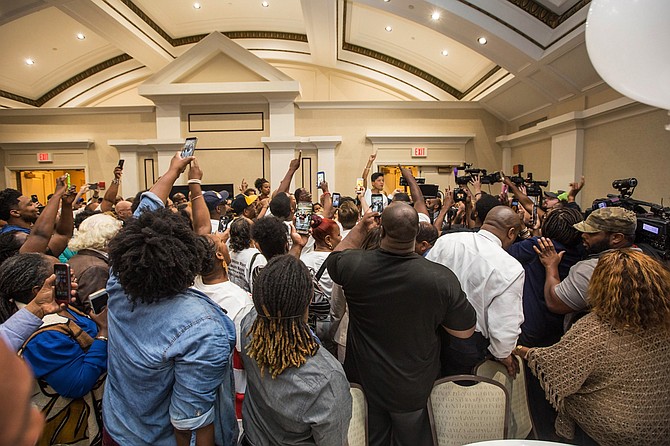 Rukia Lumumba, sister of Chokwe Antar Lumumba, spoke passionately to the many supporters who gathered in the King Edward Hotel. Supporters chanted "One City, One Aim, One Destiny."

Chokwe Antar Lumumba likely claimed the Jackson mayor’s seat, winning the Democratic primary by a landslide against other candidates, drawing more than twice the votes as the second-place candidate.