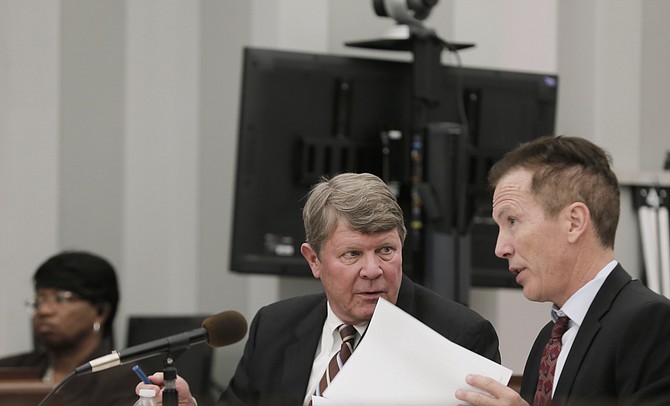 The jury is deliberating whether Downtown Jackson Partners President Ben Allen (left) is guilty or innocent of embezzling public funds. He is seen here talking with one of his attorneys, Merrida Coxwell (right).

The jury in the trial of Downtown Jackson Partners President Ben Allen found him guilty on one count, not guilty on nine others after six hours of deliberation.