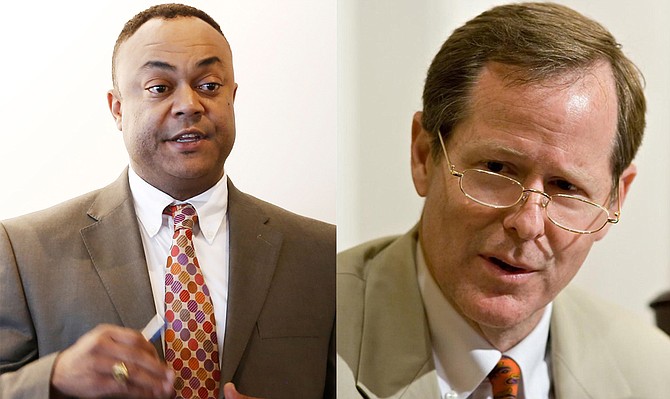 Hinds County District Attorney Robert Shuler Smith (left) may have used subpoenas as a way to force Circuit Court Judge Jeff Weill (right) to recuse himself from Christopher Butler’s cases, one lawyer says. Smith is under felony and misdemeanor indictment for his actions.

The jury in the State of Mississippi case against Hinds District Attorney Robert Shuler Smith only deliberated about three hours before the judge declared a mistrial at about 4 p.m. ...

In Search of the Wheel’s Hub

What exactly was Hinds County District Attorney Robert Shuler Smith looking for when he subpoenaed a circuit-court judge in January?