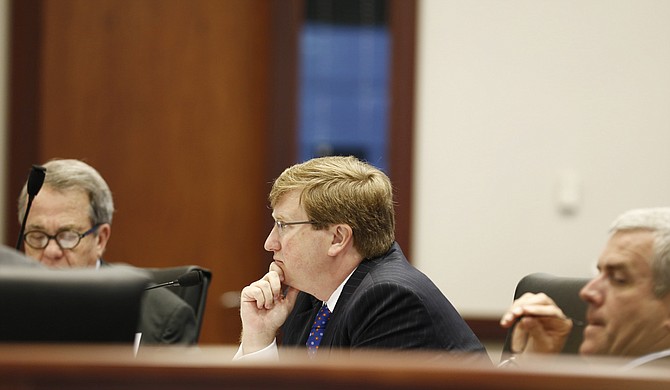 Leaked emails claim that Lt. Gov. Tate Reeves (center) and Speaker Philip Gunn (right) are connected to an anti-42 PAC and raise questions about the legality of using taxpayer resources to campaign against a ballot initiative. Senate Pro Tem Giles Ward, R-Louisville, is on the left side of the photo.

Although legislative opponents to school-funding ballot Initiative 42 have been threatening deep cuts to state agencies—and therefore state jobs—for months, a new front has opened up in the battle for ...