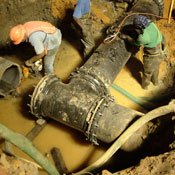 Jackson Singled Out for Bond ‘Lobbying'

The Mississippi Legislature singled out Jackson as the only municipality that needed to submit an application to and lobby the state Bond Commission in order to receive a loan that ...