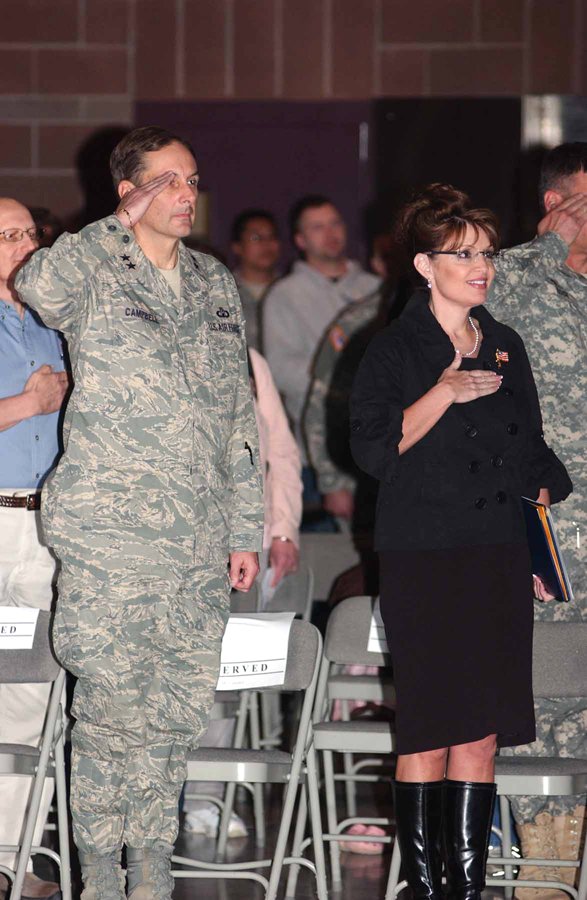 Alaska Gov. Sarah Palin salutes during the playing of the National Anthem at the official homecoming ceremony for Bravo Company, 297th Support Battalion at Fort Richardson on May 1.

The New York Times reports that Sen. John McCain has chosen a 44-year-old conservative, pro-life governor who called herself a "hockey mom" as his running mate: