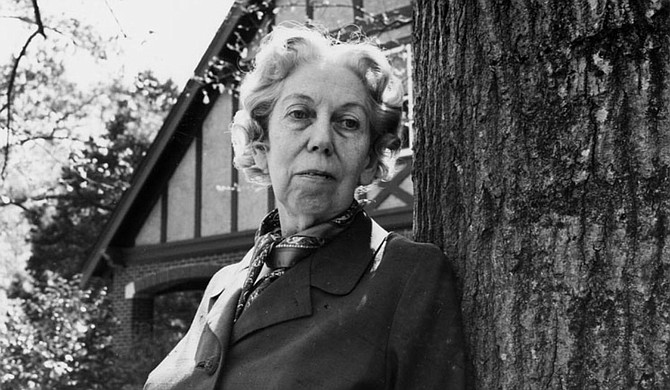 JACKSON, Miss. (AP) — The Mississippi Department of Archives and History is allowing the public to have access to additional papers from the late author Eudora Welty, including letters written by members of her family.

The release came Wednesday on the 113th anniversary of Welty's birth. She died July 23, 2001. According to her will, the family correspondence was to remain private for 20 years after her death.

Welty, who lived most of her life in Jackson, was known for the lyrical quality of her short stories and was awarded the Pulitzer Prize in 1973 for her short novel, “The Optimist's Daughter," published in 1972. While establishing herself as a writer, Welty photographed scenes of everyday life in Mississippi during the Great Depression for the Works Progress Administration.

Welty's niece, Mary Alice White, said in a news release from the Mississippi Department of Archives and History that the newly released letters begin with the courtship of Welty's parents. White said they also include Welty's correspondence with relatives and papers and letters from others in the family.

“Because these letters were not technically the property of Eudora — they belong to the letter writer — I think Eudora wanted them sealed to respect the privacy of those still living,” White said.

The Eudora Welty Collection was established in 1957, when she donated manuscripts, photographs and correspondence to the Mississippi Department of Archives and History.

The department said the Welty Collection has drafts, revised copies and printer’s versions of her works, including stories, books, essays, reviews, lectures, speeches and drama. The collection also contains incoming and outgoing correspondence of Welty, memorabilia, and negatives and photographs taken by Welty and her father.

Harriet Pollack, Welty scholar and affiliate professor at the College of Charleston, said in the news release that the newly released correspondence provides insight about Welty’s parents; her siblings and their families; her grandmother and great grandmother and their children.

“Through their intimate and everyday interactions with one another, we also come to know so much more about the woman and the writer, Eudora Welty,” Pollack said. "Astonishingly, a very private woman has unpredictably made generations of personal history available to those touched by her art, inviting us to better understand and to more fully engage the elusive woman behind it.”