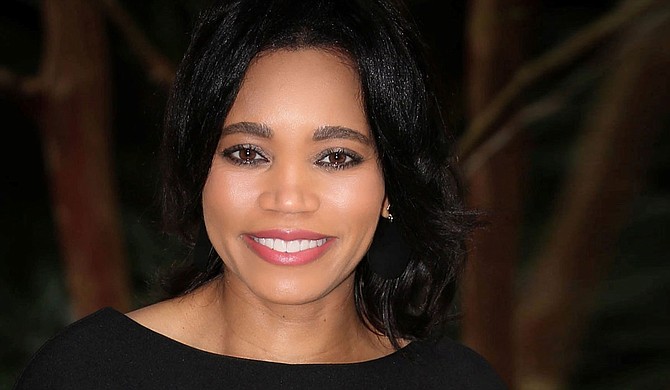 Raised in Winchester, Va., Tiffany Graves cherished dreams of becoming a pediatrician, but when she reached the advanced courses in her high school science curriculum, she began contemplating a change in career paths. “I said to myself, ‘If this is what it’s going to be like for the foreseeable future, I don’t want to do this,’” Graves jokes of her time in the physics lab.

When she brought her woes to her high-school guidance counselor, the school employee recommended a career in law. A first-generation college student with no experience with the profession, Graves admitted that she “had no idea what a ‘day in the life’ of a lawyer would be like.” Her guidance counselor helped her combat this, bringing in local attorneys to meet with Graves and to share their experiences in the legal profession.

These meetings solidified her interest in the field, and Graves went on to attend Hollins University, a women’s college in her home state. She enjoyed her time there so much that she chose to remain at the school for an additional two years, working as a recruiter for the admissions department. “I had a lovely four years there,” Graves recalls. “So it was easy to talk (about the school) to young women who were considering college.”

Graves parlayed her love for helping young people prioritize their collegiate dreams into a second career, joining the Upward Bound program at Virginia Tech, a federally funded program designed to encourage at-risk students to pursue higher education. Likening her work to that of a “travelling guidance counselor,” Graves served students at eight schools throughout southwestern Virginia.

“All of them were smart and were smart and were people who should have pursued higher education,” Graves says. “We helped them think about colleges that were the right fit for them, and we took them on college visits. Some of them had never left their hometown.”

After four years with Upward Bound, Graves acknowledged that “if (she) was going to go to law school, (she) needed to do it now,” and she enrolled at the University of Virginia. While a student there, Graves again encountered a change in plans, as she met her now-husband during her time there.

“He’s from Jackson,” Graves says of her husband, James. “Mississippi was certainly not on my radar, but it was his home, so I found myself as a third-year law student, considering opportunities in Mississippi so that I could follow him there.”

One of the ways that Graves expanded legal services to disadvantaged Mississippians was through pro-bono work, which Graves calls her life’s work. “I can’t run away from it,” Graves says. “I had to accept that years ago.”

With 600,000 Mississippians qualifying for pro-bono legal services, Graves believes that attorneys in the Magnolia State have an “obligation” to their fellow citizens to provide such services.

“A lot of those people don’t have the capacity to talk in court by themselves,” Graves reflects. “There’s no reason why a lawyer can’t take time from his or her billable work to help someone.”

Graves passes this charge on to the next generation of lawyers, having taught classes at the University of Mississippi’s pro-bono initiative until 2018.

“It’s a great training ground for law students,” Graves says of the program. “They’re able to develop client interaction skills, but it also gives them compassion and empathy. There are people who cannot afford (an attorney), and their issues are just as important as those who have the ability to pay. (If not for pro-bono work), someone might lose their children, their home or even their lives.”