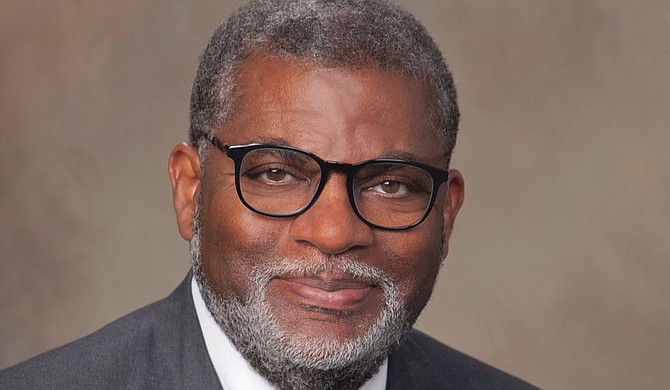 Hope Credit Union CEO Bill Bynum is one of the recipients of the Heinz Awards for 2021. The organization recognized Bynum for his achievements in the financial sector in the Deep South, and he will get $250,000 in unrestricted cash. Photo courtesy Hope Credit Union

Growing up, Bill Bynum witnessed his mother struggle to put food on the table while traditional banks refused to lend to her when she paid them visits to ask for assistance. Later on, a credit union helped his family fund their first house. Over the years, that experience has driven Bynum in his position as chairman and CEO of Hope Credit Union as he endeavors to empower the underprivileged with the financial tools they need.

Founded in the mid-1990s, the credit union has grown to serve 150,000 people in 23 locations across Mississippi, Alabama, Tennessee and Arkansas, many of whom might have been unbanked otherwise.

Bynum’s achievements have caught the notice of the Heinz Family Foundation, which recognized him as one of seven beneficiaries in the 26th edition of the Heinz Awards on Thursday, Nov. 18. He will receive an unrestricted $250,000 cash prize.

“When I was growing up, my mother had to work multiple jobs to support my sisters and me,” Bynum told the Mississippi Free Press in a phone interview on Monday, Nov. 23. “She wasn’t able to get a loan from a traditional bank.”

“The first house we bought was from the credit union,” he added. “Firsthand, I’ve seen how important it is for people to be able to get affordable financial services because she was not able to do that for so long.”

“You see it in the (Mississippi) Delta; you see it in South Jackson,” Bynum added during the phone interview. “If you drive down Highway 80 or University Boulevard, you’ll see a lot more petty lenders and cash for title operations than you see bank branches in communities of color.”

“But if you go to affluent neighborhoods, if you drive down to Highland Colony in Madison, there’s a bank in every corner,” he added. “We’ve got to do better; as the country becomes more diverse, we’re leaving so many people on the wrong side of the economy.”

Teresa Heinz established the Heinz Awards to honor the memory of her late husband, U.S. Sen. John Heinz, R-Pa., who died in a plane crash on April 4, 1991, aged 52. She launched the award in 1993 and has since bestowed more than $30 million to 158 recipients. She married U.S. Special Presidential Envoy for Climate Change John Kerry in 1995.

In the organization’s press release from Thursday, Nov. 18, Teresa Heinz stated that the organization honors Bynum for bringing attention to the problem of financial access for the people in the Deep South. The statement exalted his effort toward addressing decades of underinvestment, neglect, predatory lending and a lack of access to essential financial services.

“Through HOPE’s program of resources and services, Bill has crafted a proven model to stop this trajectory of entrenched poverty and create a new future for generations of Americans, in the South and all across rural America,” the press release continued.

During the Monday interview, Bynum, who oversees a staff of more than 200 people, expressed delight in receiving the award. “It was a surprise and quite an honor,” he said by phone. “I’m humbled that our work has been recognized with such a significant award.”

Bynum says if financial institutions do not make structural changes, they will perpetuate the nation’s wealth gap. He thereby urged those institutions to work toward “a financial system that works for everyone.”

‘So Many People Outside the Economy’

Bynum, who joined President Joe Biden’s transition team as a member of the Biden-Harris agency review team for the Consumer Financial Protection Bureau on Nov. 11, 2020, told the Mississippi Free Press that he wants as many people as possible brought into the financial system.

“There are so many more people who are outside the economy and looking in who don’t have access to a bank account and rely on payday lenders and check cashers for basic financial services that others can take for granted,” he said. “There’s so much more that needs to be addressed.”

Heinz Endowments President Grant Oliphant told the Mississippi Free Press on Wednesday, Nov. 24, that the awards have highlighted notable people in society since its inception.

“The awards were created with the express intention of celebrating people whose spirit and work demonstrate to the rest of us that it is possible to make significant change in our society,” Oliphant said on the call.

“It really has communicated a set of stories about phenomenal people who are doing real work to change society and make life better for everyone—and that includes this year’s recipients.”

Oliphant applauded Bynum’s work in the financial sector and its impact on the people in the lowest strata of society.

“He has used financial instruments and methodologies and organizations to open up possibility and opportunity to literally generations of people in a part of the country that too often lacks access to those sorts of opportunities and resources,” he said.

To that end, Bynum became one of the initiators of the Expanding Black Business Credit Initiative, which earlier this year established the Black Vision Fund to expand the line of credit to seven minority-focused financial institutions in the United States.

From Payday Lending to Credit Union

Bynum came to Jackson, Miss., in 1994 to manage $1.5 million in grant funds for the Enterprise Corporation of the Delta to, he asserts, “improve lives for people in the Mississippi Delta.” At that time, he attended Anderson United Methodist Church in the capital city, whose pastor Rev. Jeffery A. Stallworth told Bynum that the neighborhood needed services that a credit union could offer. Under Bynum’s leadership, the church founded one, which later merged with Enterprise Corporation.

“When we started, we started as a small-loan fund with a million and a half dollars to help small businesses,” Bynum told the Mississippi Free Press. “At the same time, I joined Anderson Church here in Jackson, and when I mentioned that I had previously been involved with credit unions, the pastor asked me to organize a credit union because the neighborhood around the church didn’t have any banks.”

“It had pawn shops, check cashers, and payday loan operations, but no banks were in the neighborhood,” he added. “So we started a credit union at the church, and eventually that credit union merged with the loan fund, and together we have grown and now cover five states—Alabama, Arkansas, Louisiana, Mississippi and Tennessee.”

Bynum said those states have the highest rates of payday lending in the country, both in terms of number and in charges. The CEO said that roughly half of the members of Hope Credit Union either did not have a bank account or were relying on these payday lenders before they joined.

“Everyone should have access to basic affordable financial services,” he said. “And so we have been working over the past 27 years to close those gaps so that it didn’t matter so much where you live or what your skin color or your gender might be. If you have the tools, then you can support your families, and you can support your local economy.”

The Heinz Family Foundation, which administers the award, invited experts who serve anonymously to submit nominations. The Foundation appoints jurors who review the nominations and make recommendations to the Board of Directors.

The organization added that Bynum received the award for his work at the helm of Hope Credit Union and for combating race, gender and locational barriers to wealth.

The organization noted that Bynum’s leadership covers Hope Credit Union, Hope Enterprise Corporation and Hope Policy Institute, which provide specialized financial services as well as advocate for and aggregate resources to close the racial wealth gap in the Deep South.

“HOPE works in Alabama, Arkansas, Louisiana, Mississippi and Tennessee, a region where indicators of economic mobility such as employment, housing, education and healthcare are among the worst in the United States,” Heinz Family Foundation added.

“Entrenched poverty and racial disparities have exacerbated these conditions, as have the lack of access to traditional banking services for the region’s most economically distressed people and places, most notably in the Mississippi Delta and Alabama Black Belt.”

“Since 1994, HOPE has attacked these challenges by providing affordable, responsibly structured financial services, and advocated for policies and practices that bridge opportunity gaps and close the racial wealth divide in the Deep South,” the press release added. “These efforts have generated more than $3 billion in financing that has benefited nearly 2 million people across the Deep South, while influencing policies that helped shape the nation’s community-development finance sector into a force for diversity and inclusion.”

Among the homeowners HOPE reaches, nine out of 10 are first-time homebuyers—supported through products designed to address the consequences of the racial wealth gap directly, the awarding body said. It also recognized HOPE’s impact during Hurricane Katrina in 2005 and the ongoing COVID-19 pandemic.

“HOPE’s advocacy resulted in policy changes that doubled the amount of public funds available to individuals without flood or property insurance,” the press release said. “HOPE partnered with a local foundation and utility company to fund accounts that enabled 2,500 people to access Federal Emergency Management Agency funds for vital resources such as food, clothes, tarps and relocation assistance.”

“HOPE also managed recovery programs that assisted more than 10,000 homeowners and small businesses,” it added. “In response to the current pandemic, and resulting economic crisis, HOPE financed over 5,000 Paycheck Protection Program loans—89% for businesses owned by people of color and half owned by women—many that were turned down by banks with which they had an existing relationship.”

Bynum has not yet received the $250,000 cash award, but the Heinz Foundation has scheduled a virtual award ceremony for December. During his interview, Bynum told the Mississippi Free Press that he had not decided what to do with the money.

“I want to give it some thought,” he said.