‘Killers in Disguise’: A Tale of Adolescent Assassins and Rebellion 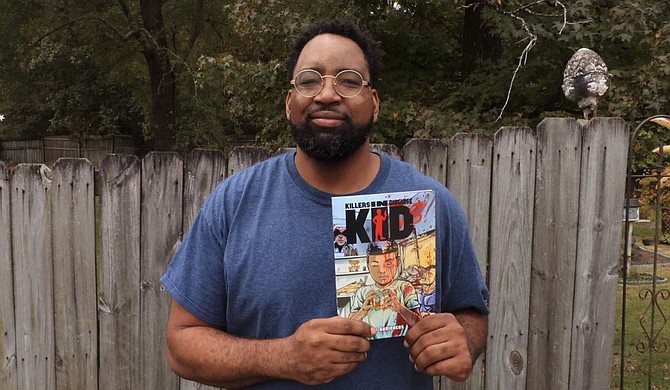 For decades now, the world has witnessed a gradual oversaturation of superheroes within various forms of media, well before the unforeseen success of the billion-dollar Marvel Cinematic Universe. This new wave of popularity within comics and general geek culture, however, has occasionally produced gems in the form of smaller, independent artists who draw upon their own culture, heritage and interests to produce remarkable narratives. These more dynamic, inclusive stories bent on championing relevant, valuable themes comprise the culmination of Jackson native Christopher Windfield's anime-inspired comic series, "Killers in Disguise."

The first volume showcases many familiar elements within its immaculately illustrated pages. Children with superpowers uncover a sinister plot that lies just the thinly veiled surface of the assassination corporation for whom they work. The types of powers depicted range from abilities fairly standard within the superhero genre to ones that still somewhat baffle me, as I attempt to understand the full scope of these adolescent assassins' capabilities. The main character attempts to escape the organization, suffering heavy losses along the way.

It's a classic tale of discrimination, bondage and rebellion that sounds fun in practice but suffers a bit in its execution. While reading, I stumbled upon many moments in the narrative that I wish Windfield had spent a little longer unraveling to strengthen the immersiveness of the world he created, as in certain places the graphic novel feels like a gore-fest. Nevertheless, Windfield's impeccable art compelled me to consume page after page. 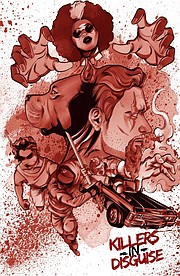 Clearly a veteran artist with a scathing drafting habit, Windfield boasts an incredible skill for detailed panels that place characters in the foreground and draw less attention to the lack of background or environmental shots. Action scenes are bombastic and sometimes downright chilling, although the increased movement of the combatants sometimes leave the character models looking less refined than they do in more static scenes.

In any event, Windfield's art remains the book's greatest strength, making it easy to understand why several comic-book fans believed in the project enough to back it with their own wallets during the crowd-funding phase.

The effective plot also won me over, if only for how recognizable I found it, although the storyline often fell into tropes that felt a smidgeon too comfortable and well-trodden. The initial five pages immediately engrossed me, establishing an ambiguous thriller setup as our nameless protagonist executes his mission to assassinate the governor's son under the governor's own command.

As the reader is pulled deeper into the roots of the mysterious False Flag Agency organization, Windfield introduces interesting characters who play as foils to the lead character and his handler. The protagonist's fellow child assassins brag about their kill counts and bicker over records and rankings, which is telling of the types of people these youngsters were groomed to be.

Unfortunately, these details are as deep as the well of intrigue goes, as the volume does not explore the politics or daily happenings within this organization further before the protagonist makes his explosive exit. Had the FFA been delved into a little more thoroughly upfront, I would have felt more connected to the comic's world and have been affected more strongly by the lead's departure from the group.

The most prevalent issue I found with "KIDs" is the breakneck pace of its narrative, as the story progresses as a series of bloody plot points that leave less room for development than I would have preferred. Events occur, characters react, and then the scene moves on without any time for the characters to digest the information or explore how the happenings may affect them. As a result, the reader finds themselves not as invested in the emotional stakes that could have otherwise been more gripping.

Because the characters' thoughts are largely invisible, some plot points feel inexplicable. Only after his 60th murder does the protagonist begin to wonder why he's killing. After years of working with FFA, his handler, without much explanation, becomes suspicious of the organization. I feel that these character progressions would have been more effective if the development could have occurred across a grander stretch of content.

That said, Windfield's characters—while occasionally stifled by somewhat unconvincing dialogue that's often either stilted or riddled with out-of-touch vernacular— absolutely scream of detail and intrigue. It's plain to see the amount of time and care that went into this ensemble of uniquely designed supers—with the cast including one anger-prone boy who molts into a fiery blaze and destroys a commercial aircraft, as well as disturbing twins who skip rope with their victim's entrails. The personality and years of abuse and neglect etched into these Black faces are remarkable and, at times, haunting.

Because I found myself so drawn to these characters, I do believe that "KIDs" would be heightened by presenting a closer look at what makes each character unique on a personal level. Upon finishing the first volume, I found myself as confused about FFA's purpose and the goals of their experiments as when I was first introduced to this world. I imagine, though, that Windfield has a long game in mind and that many of my unanswered questions will be resolved in later installments of the series.

While imperfect, "Killers in Disguise" offers an interesting premise and exquisite art, and I can definitely foresee this series developing a cult following deserving of its own local comic-con booth. I look forward to future volumes to see how Windfield polishes and expands on the elements introduced in this first volume.