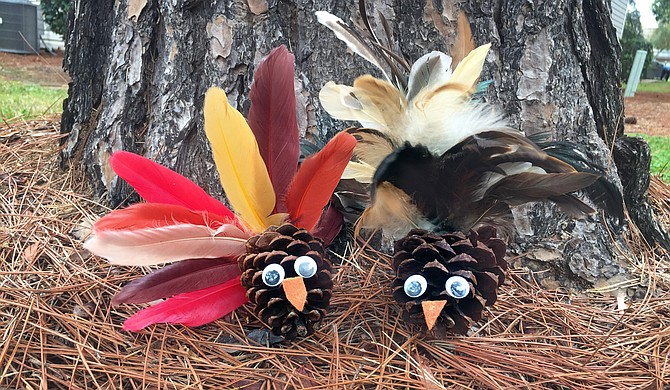 One benefit of living in the Pine Belt is that we have an abundance of pine trees in Mississippi that grace us with dozens of pinecones as we enter the autumn season. Instead of simply collecting and bagging the pinecones, though, try using some of these fallen blessings to have a little family fun through crafting. Being creative together can leave lasting memories, and materials for this particular Thanksgiving-themed DIY are fairly cheap to procure from your favorite local arts and crafting store.

• Felt (orange, or another fall color)

• Hot glue and a hot-glue gun