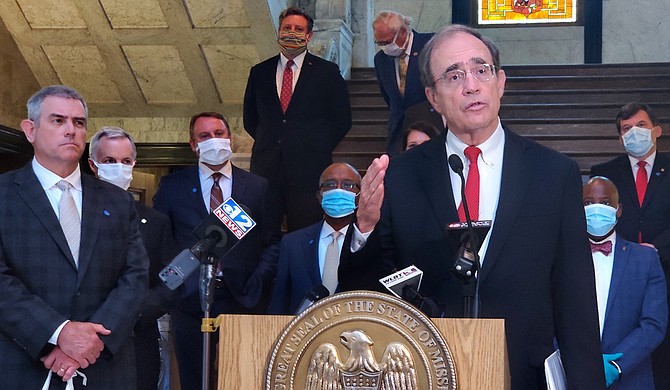 Gov. Tate Reeves’ claim on the authority to spend $1.25 billion in CARES Act federal-relief funds ran into a brick wall today—a nearly unanimous legislative, bipartisan supermajority that came back to Jackson to stop him, ordering the transfer of the money into the Budget Contingency Fund.

The bill took the form of a strike-all amendment to Senate Bill 2772, first passing the House 112-0 before traveling to the Senate, where lively debate preceded a final vote of 49-2, with Sen. John Horhn, D-Jackson, voting present. SB 2772 now passes to Reeves’ desk—the governor has five days to sign or veto the bill. The Legislature would need a two-thirds majority to override a gubernatorial veto, a bar the present majority can easily clear.

‘More About Power Than People’

A stone’s throw away at his regularly scheduled COVID-19 presser, and only moments after the bill cleared the House, the governor thundered against the legislative move he labeled as “stealing” the relief funds.

“Tying the hands of these two great human beings,” Reeves said, referring to Mississippi Emergency Management Agency Director Greg Michel and State Health Officer Dr. Thomas Dobbs, “who have worked 24 hours a day, seven days a week simply because you're interested in who is in control—because you care more about power than people is wrong.”

In the course of the press conference, which lasted over an hour, Reeves made a number of accusations against the legislative action, saying outright that he could not do his job without the funds Donald Trump’s administration sent to Mississippi.

“They want us to guess how much money we need for emergency supplies and budget based on that guess. Best-case scenario, they overestimate and send a whole lot of money back to the federal government when it goes unused. Worst-case scenario, they underestimate, and people die because we can't get them what they need,” Reeves said. 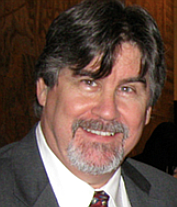 In 2010, Reilly Morse helped bring a $132-million settlement after funds were diverted from low-income housing to a port in Gov. Haley Barbour's Hurricane Katrina recovery plan. That's a lesson for now, he argues.

The governor warned that 300 of the 350 employees of the Mississippi Department of Employment Security may be laid off if the Legislature takes control of the funds. The Jackson Free Press asked the governor if the $100 million that SB 2772 sets aside for emergency use would be enough to keep MDES running.

Reeves responded that he could not anticipate what the unemployment burden would be, at times conflating the operating costs of the state agency with the unemployment funds it is authorized to pay out. But, as Hosemann pointed out earlier in the day, the CARES Act money is for reimbursements, not filling in budget shortfalls, raising the question of whether the State of Mississippi could legally use the money to pay for future unemployment claims at all.

The Friday afternoon vote followed the Legislature’s early return to the Capitol with lawmakers arriving throughout the morning. Senators and representatives donned masks and gloves, passing through fever checkpoints before being allowed into the marble rotunda.

Inside the chambers, Hosemann and Gunn gaveled the Legislature into a mostly empty room—an odd quiet suffused the chambers, paired with the historical weight of the proceedings.

Appropriations Committee Chairman Sen. Briggs Hopson, R-Vicksburg, fielded questions about transparency and flexibility from Sen. Chris McDaniel, R-Ellisville. McDaniel questioned whether a Legislature made up of 174 individuals would be more accountable than one man if the funds were mishandled. "The argument of accountability … wouldn't it be easier to find fraud … if there was only one individual in charge of this money?" McDaniel said.

After a brief debate, SB 2772 sailed out of the Senate with a final vote of 49-2. McDaniel and Sen. Melanie Sojourner, R-Natchez were the only legislators to vote nay, with Horhn voting present.

SB 2772, once finalized, will transfer $1.15 billion out of the Department of Finance and Administration’s CARES Act COVID-19 fund, which Reeves can access, and into the Budget Contingency Fund, which the Legislature controls. SB 2772 leaves $100 million in the DFA fund for the governor to use at his discretion, within the bounds of his emergency powers.

Read the JFP’s coverage of COVID-19 at jacksonfreepress.com/covid19. Get more details on preventive measures here. Email state reporter Nick Judin, who is covering COVID-19 in Mississippi, at [email protected] and follow him on Twitter at @nickjudin.