Mississippi and Nationwide Experts Call For End To COVID-19 Reopenings 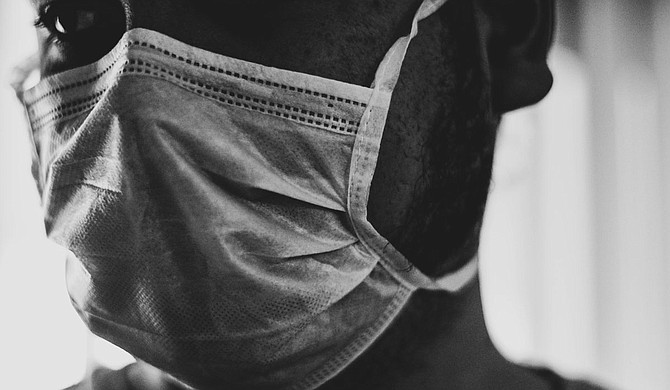 A survey of Mississippi educators and an open letter from health experts nationwide show increasingly hostile views toward the continuing reopening of the country as COVID-19 reaches unprecedented peaks. Photo by Tai's Captures on Unsplash

As COVID-19 debilitates the nation, experts across both Mississippi and the United States are calling for a full reversal of the openings that have driven mass spread of the virus in the summer months.

On the national stage, an assortment of more than 150 doctors, nurses and other public-health experts sent a letter to the White House calling for a return to the shutdown period that flattened the curve for most states across the U.S. in April.

“Non-essential businesses should be closed. Restaurant service should be limited to take-out, the letter stated. “People should stay home, going out only to get food and medicine or to exercise and get fresh air. Masks should be mandatory in all situations, indoors and outdoors, where we interact with others.” The letter argued that shutdowns should be maintained until cases decline to the point where contact tracing can effectively keep pace with the spread.

A Mississippi Association of Educators survey of education professionals found that more than 86% of respondents—mostly teachers, with some counselors and administrators—expressed negative views on returning to school for the coming semester. The same survey found over 40% in favor of purely virtual classes, and just over 41% preferring a “hybrid” model, which includes limited in-person teaching with a variety of virtual options. Less than one in five respondents expressed a preference for the traditional model of instruction.

Last week, schools districts across Mississippi began to address the massive growth of coronavirus ahead of plans to reopen for the fall semester. The Madison County School District delayed its reopening to Sept. 3, citing the caution of “state and local health experts.” Jackson Public Schools, however, took the bold step of announcing a fully virtual fall semester at the end of last week.

Most concerning, the survey found that school districts have yet to reach out via email to 40% of all educators surveyed to discuss plans for reopening in the fall. The lack of communication raises questions of how prepared many of the school districts still on track for reopening could be, given the challenges of gathering students across Mississippi with the state’s hospitals already overburdened.

On Monday, Gov. Tate Reeves cautioned that he planned to review the back-to-school plans of the state's many school districts, acknowledging that he had the authority to veto any plans he judged to be insufficient, either for the students' educational attainment or their wellbeing. Asked about JPS' plans for a virtual only semester, Reeves demurred. “I'll have to review exactly what they're saying, the length of time that they're saying they're going to (go virtual). And quite frankly, I want to also see what sort of academic progress they made on a virtual-only basis,” the governor told the Jackson Free Press.

State Health Officer Dr. Thomas Dobbs acknowledged the difficulty of providing a clear metric for schools to follow in determining how and when to restart school. “I'm not sure there's a precise answer to it, to be quite honest," he said, adding that without significant, consistent prevention efforts, “when we open up schools, if we're not careful, a dozen, two dozen kids walking through the door are going to be contagious.”

COVID-19’s spread in Mississippi continued unabated through the weekend. The Mississippi State Department of Health reported 1,342 new cases of coronavirus disease today. MSDH announced 1,434 new cases on Saturday, followed by 1,207 on Sunday. Monday’s numbers, from tests conducted Sunday, reached 653. Dobbs warned that this low number represented the typical end of week lag in testing, not a meaningful decline in transmission. The most recent seven-day rolling average was 1,257.

The hospitalization trends that have terrified health-care professionals statewide show no signs of receding, with the weekend’s most recent hospitalization reports depicting COVID-19 patients taking up a larger and larger share of the state’s intensive-care unit beds and medical-surgical beds.

Dobbs today addressed persistent myths of untested individuals receiving false positive results of COVID-19. Dobbs asserted in a tweet that an investigation of an anecdote involving such a test discovered no record of the individual in the state’s COVID-19 registry.