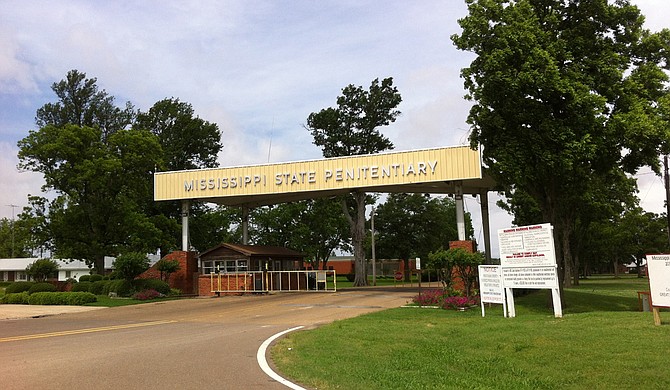 Whether "riots" or rebellion over conditions, Jennifer Riley-Collins says everyone from the governor to citizens who allow the system to continue as it is are responsible. Photo by WhisperToMe.

Jennifer Riley Collins, the Democratic nominee for attorney general of Mississippi, says she faced privilege of Republican opponent and and a “broken” Democratic Party. Photo by Ken Gordon

Over the last several weeks, I have observed our local community plagued by gun violence with double-digit deaths reported as if we were in a war zone. I have watched the news, read the articles, and followed what is said and not being said on social media. I have seen and even participated in dialogue that focused more on who said what about the issue than the issue.

I have heard and watched the reports of possible prison riots (or was it rebellion?) and held my breath as the number of deaths of persons held in prison continued to rise. I braced as I watched the news of law enforcement deployments to prison facilities and then fell on my knees to pray for families and friends both of those providing security as well as those being secured.

I have prayed, cried and wondered what can be done, how did we get here, and where do we go?

Mississippi leaders have historically created and encouraged incarceration as an intentional pathway for a segment of Mississippi's society, disproportionately the African American community. The abolition of slavery adversely impacted the economics of Mississippi's elite citizenry, the Black Codes and Jim Crow laws took its place. The Mississippi Legislature started instituting these laws in 1865 immediately after the Civil War, continuing until the 1960s, to regulate and criminalize the actions of freedmen. Jim Crow segregation laws resulted in the rise of punitive control mechanisms including lynchings.

We moved this state forward with a mindset of controlling access instead of creating opportunity. Legislators have generally and intentionally undermined public education. They have failed to fully fund education and stifled the voice of educators, all while systematically underwriting the prison industrial complex.

When the phrase "criminal justice reform" became politically palatable only because continued mass incarceration became economically untenable, the same leaders praised "back end" reforms like a gift from the gods. Yet these reforms did very little if anything to stem the tide of people going to prison. Little was said or done to address the drivers and pipelines to prison. Any even less was done to deal with the conditions that result from overcrowding and underfunding.

When the MDOC commissioner requested $7 million to increase staffing and pay, the Legislature did not even meet her halfway, granting only $1.5 million. This lack of care and concern for the safety and human dignity of those incarcerated is the result of an intentional continuation of a legacy of lynching, just in another form.

Where do we go from here?

Riots are wrong. Rebellion, however, against unjust systems are not. Those who are incarcerated in possession of phones, which are contraband, have acted in a manner that will likely be punished, but it is very possible they felt left with "no alternative except to prepare for direct action, whereby [they] would present [their] very bodies [some literally lying on wet floors] as a means of laying [their] case before the conscience of the local and the national community," as Dr. King put it in his "Letter from the Birmingham Jail."

Gov. Bryant has attempted to lay blame for the loss of life and prison conditions at the feet of the City of Jackson. Shame on you, Governor. A true leader will admit error and accept responsibility when his actions or inaction results in chaos. There is a lot of blame to be passed around starting with the failed policies and misplaced political priorities of a super-majority Republican Legislature under your and the incoming governor's leadership.

But unlike the governor, I will not lay blame at one end of this spectrum. We, the people, are also at fault. We are co-conspirators in this seemingly intractable system when we fail to vote, when we fail to engage both local and state leaders, when we throw up our hands and only open our mouths to rant and rage on social media, or fall on our knees to pray at the altar.

There is a changing of the guard. The Mississippi Legislature returned this week. We must force a changing of the system. The only way we can effectively do that is to alter the structures that are the root cause of the behavior manifest. To make this change—to see the new 2020 vision so many of us have resolved to have—we must engage those who are at the root of this crisis, the Mississippi Legislature. If we don't, what has happened in our prisons is only a micro-glimpse of what can happen in our streets and communities. Let us ask ourselves as Dr. King asked: "where do we go from here, chaos or community?"

We must demand that the legislators answer.

Jennifer Riley-Collins was the Democratic nominee for Mississippi attorney general in 2019.