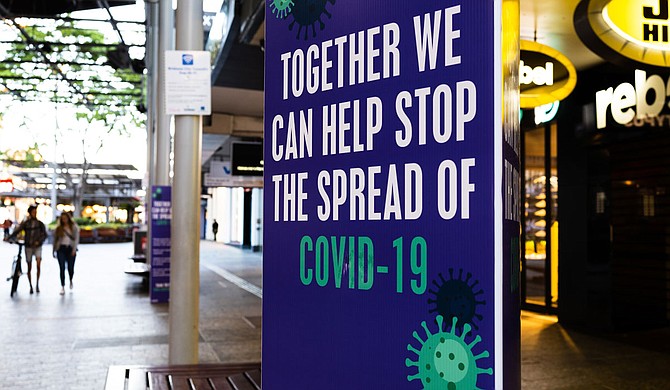 State Health Officer Dr. Thomas Dobbs met with leadership from the Mississippi State Medical Association to discuss developments in the response to COVID-19, including the Centers for Disease Control’s controversial, likely outdated guidelines on testing. Photo by Michael Marais on Unsplash

Mississippi still awaits the full extent of the spread of COVID-19 in its schools and colleges, as middling reports of viral spread continued over the weekend, in line with the roughly 700 rolling average that has become the norm in recent weeks. Today, the Mississippi State Department of Health announced 274 new cases of COVID-19, in the low range of the typically small Sunday reports. MSDH reported 647 cases from Saturday and 735 cases from Friday, in line with the moderated but still significant spread of previous weeks.

New death reports remain stable and show a large proportion of previous fatalities. MSDH reported that 32 additional Mississippians have died from complications of COVID-19 today, with 14 more from Saturday and 14 from Friday’s reports.

School data, as of press time, are still limited to the first weeks of collection, last updated with data from Aug. 21. By the time of that report, only 720 of the state’s 1,000-plus schools had submitted case and quarantine data, with around 4,500 teachers and students quarantined in the most recent week of reporting alone.

On Friday, Aug. 28, State Health Officer Dr. Thomas Dobbs again spoke to the Mississippi State Medical Association, addressing the ongoing fight against coronavirus and some of the persistent myths that have cropped up in recent weeks.

On the subject of the controversial new Centers for Disease Control guidelines, which suggested asymptomatic individuals do not need COVID-19 tests, Dobbs explained that the information was poorly communicated, taken out of context, and in his personal opinion, likely outdated.

“I did call a senior member of the CDC, who’s our main contact,” Dobbs said, “the day after that came out. And I (said) what are y'all thinking? And he said, ‘Well, it didn't really come out the way that we would have liked it.’ … The intent was twofold: If testing is not widely available, then you don't have to do that.”

Dobbs explained that document clearance in the CDC was “as bureaucratic as you can imagine,” and speculated that the information released to the public was severely out of date, a relic of an earlier point in the pandemic when mass testing was far less available. The suggestion that asymptomatic individuals should not seek testing was a matter of prioritization, much in the same way early warnings against masks were to protect supplies of PPE for health-care providers, he said.

Exposed, asymptomatic individuals should absolutely seek testing. But anyone exposed to COVID-19 should self-quarantine immediately, with or without testing. The CDC’s guidelines were intended to prevent anyone from delaying their quarantine until after receiving a positive test for the virus: testing should never be seen as a prerequisite to isolation.

“If you have cumulative exposure—15 minutes or more—that's considered an adverse exposure and you will need to be quarantined,” Dobbs said. “You cannot test your way out of quarantine.”

Even a negative COVID-19 test could simply mean the virus has yet to develop, becoming contagious after the test results come in.

Dobbs also warned that, while there is “fantastic utility” in wearing a mask, the requirements for quarantine are related to exposure with or without a mask—an important note for teachers. “If you're close to somebody (confirmed infected) for 15 minutes or more, you need to be quarantined,” the state health officer said. Dobbs warned that the risks of exposure were too high, especially in the enclosed environments of schools.

Contrasting the school environment to the medical one, where exposures less frequently lead to quarantines, Dobbs explained that protective measures were significantly more stringent in the medical environment than in the average classroom, where momentary negligence on the part of a child could circumvent the protections of masks.