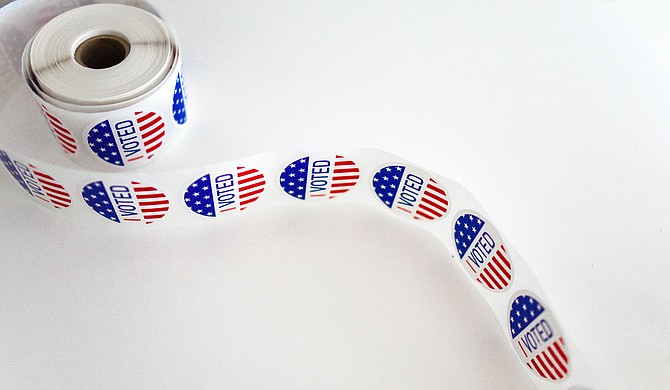 Mississippi election laws could force people to choose between their health and their constitutional right to cast a ballot, according to a lawsuit that voting-rights groups filed Thursday to challenge the state's restrictions on absentee voting. Photo by Element5 Digital on Unsplash

JACKSON, Miss. (AP) — Mississippi election laws could force people to choose between their health and their constitutional right to cast a ballot, according to a lawsuit that voting-rights groups filed Thursday to challenge the state's restrictions on absentee voting.

Lawyers’ Committee for Civil Rights Under Law and Southern Poverty Law Center filed the suit in U.S. District Court in Jackson on behalf of three Mississippi residents, the League of Women Voters of Mississippi and the Mississippi State Conference of the NAACP.

“Given the persistent and grave public health concerns, many Mississippi voters will be reluctant or unable to cast a ballot in person as long as the COVID-19 pandemic persists, including during the November election,” the lawsuit says.

It says that the defendants — Mississippi Secretary of State Michael Watson and Attorney General Lynn Fitch — “have failed to take necessary steps to protect Mississippi voters’ fundamental right to vote despite the public health risks of voting in person during the COVID-19 pandemic.”

The new lawsuit is similar to one filed Aug. 11 in state court by the American Civil Liberties Union of Mississippi and Mississippi Center for Justice, which was also brought against Watson. One of the plaintiffs in the federal court lawsuit is the husband of a woman who is a plaintiff in the state court suit.

Mississippi does not allow widespread early voting. Instead, state law says absentee voting is available to anyone who is 65 or older, or for voters of any age who are permanently disabled or will be out of their home county on Election Day. People who have to work on Election Day when the polls are open also are allowed to vote absentee.

The lawsuit filed Thursday says that the new provisions fail to provide clear guidance about whether people may vote absentee if they have medical conditions that make them vulnerable to the new coronavirus.

“The racial impact of these restrictions is undeniable given the demographics of the state and the disparate impact of the pandemic,” Kristen Clarke, president and executive director of Lawyers’ Committee for Civil Rights Under Law, said in a statement. "Voters in Mississippi should not have to choose between their health and exercising the right to vote.”

The Associated Press requested a comment about the new lawsuit from the secretary of state's office Thursday.

The state court lawsuit was filed in Hinds County Chancery Court. It says Mississippi’s absentee voting law is confusing and could be applied inconsistently during the coronavirus pandemic. It asks a judge to issue a statewide declaration that would allow absentee voting by people with health conditions that could put them in extra danger because of the highly contagious virus.

Plaintiffs in the state court lawsuit include people who have had cancer or who have other conditions, including lupus and asthma. The lawsuit says the state Health Department recommends that all people avoid “large social gatherings and community events” and that people who have chronic conditions or are in poor health should “stay home as much as possible.”