80% of Vermont Inmates at CoreCivic Private Prison in Mississippi Infected 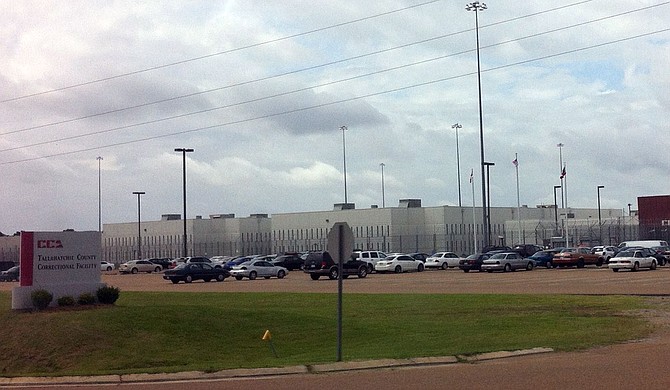 An outbreak of the coronavirus at a private prison in Mississippi has now infected 80% of the Vermont inmates housed there, and more test results are pending, the head of the Vermont Corrections Department said Monday.

A total of 176 Vermont inmates at the Tallahatchie County Correctional Facility in Tutwiler, Miss., tested positive for COVID-19, the illness the virus causes, and 33 have tested negative, Interim Vermont Corrections Commissioner Jim Baker said. One inmate is hospitalized. More test results are pending, he said.

“We are anticipating that we could see more positives," Baker said.

CoreCivic, the operator of the prison, is now in the process of testing the remaining inmates from other states, Baker said.

Vermont houses 219 inmates in Mississippi, because of a lack of capacity in its own prisons. In late July, six inmates who were returned to Vermont from Mississippi prison tested positive when they arrived at the Marble Valley Correctional Facility in Rutland. That prompted Vermont’s Corrections Department on July 30 to order that the remaining Vermont inmates in Mississippi be tested.

Most of the Vermont inmates who have tested positive are asymptomatic, and 119 are in medical recovery, he said. About 20 are considered to be vulnerable based on their health conditions, he said. The Corrections Department is watching four inmates very closely, Baker said.

Vermont's Corrections Department sent staff down to the private prison in Mississippi and rewrote protocols for the prison, such as for contract tracing and the proper use of personal protective equipment, he said.

Baker said he could not express how disappointing it was to learn that 80.4% of Vermont inmates in Mississippi, for whom he as corrections commissioner is responsible, have tested positive.

"This situation has got to be managed," he said, adding that he understood that the facility is in a location “that has an enormous amount of community spread.”

“That means you've got to double down on your protocols to prevent the community spread from coming into your facility,” he said.

In Vermont, testing this month at the Rutland prison after the return of the infected inmates, has not turned up any new positive cases, he said. Following contract tracing, two correctional officers were tested by private health care providers and tested positive, he said.

Vermont reported 12 new cases of the coronavirus on Monday for a statewide total to date of more than 1,520. Three people were hospitalized. The total number of deaths remained at 58. More than 113,200 people have been tested so far, according to the Health Department.