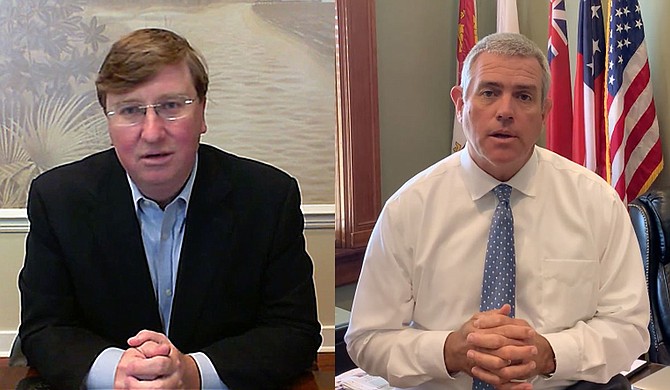 The Mississippi Legislature has beaten back a gubernatorial veto, pushing through the education bill that Republican Gov. Tate Reeves partially vetoed in July, while simultaneously funding the incentives program that led him to bounce portions of the bill back to the statehouse in the first place.

The legislative override is the first in almost 20 years, since Gov. Ronnie Musgrove, a Democrat, found himself on the losing end of a battle with the then-Democratic legislative majority over the state’s budget.

The partial resolution to the partial veto fight raises the question of why the educational budget veto was necessary in the first place. At the heart of the debate was a missing $26 million necessary to fund the School Recognition Program, an educational rewards incentive, which grades school performance on a letter basis, evenly diverting funds to teachers in schools ranked A or B, as well as those at schools moving up a letter grade.

Majority legislators broadly agreed that the lack of funding was an oversight, saying that the $26 million needed to fund the rewards program would be inserted in early 2021, mid-school year. A separate bill this week confirmed the funding for the program.

As is tradition, both sides claimed victory, with Reeves tweeting that the veto—overridden in the House 109-17 and in the Senate 41-1—had worked, a clever tactic that accomplished its intended goal.

“Great news for teachers—our veto worked! The Legislature agreed with us that merit pay works. They reversed course and will no longer cut teacher pay by $28 million! Despite efforts to end what Dems called a ‘failed program,’ teachers will receive incentive pay they have earned.” Reeves tweeted on Monday.

The veto follows another round of acrimony over the Legislature’s spending prerogative, long guarded by leadership in Mississippi’s House and Senate, even against executives of their own party.

Reeves described the battle as partisan gamesmanship and naked self-interest. In his daily addresses this week, he railed against the state’s “liberal Republicans” and their Democratic allies. “If the 23,157 teachers that are due $29 million get their additional money, then it will be a huge victory for the state of Mississippi. If individual members of the House want to punch me in the face, if they want to stab me in the back, that's fine. As long as those teachers get the money, you know, it seems like to a lot of them, it's a political game,” he said.

Much of the dispute remains unresolved. The Legislature did not address Reeves’ additional vetoes of CARES Act funds directed toward North Oaks Regional Medical Center and the MAGnet Community Health Disparity Program. Those vetoes will likely face scrutiny as House Speaker Philip Gunn, R-Clinton, and Speaker Pro Tem Jason White, R-West, pursue a lawsuit against Reeves for his partial vetoes.

The lawsuit—which hinges on past Mississippi Supreme Court decisions severely limiting the governor’s authority to veto individual items in a legislative budget—is expected to continue.

So too will the legislative dust-up over the Department of Marine Resources funding, a debate that remained unresolved as the Legislature departed early Tuesday. The debate represents another move toward legislative leadership asserting their authority over spending powers, this time related to offshore oil and gas funds derived from the Gulf of Mexico Energy Security Act, a revenue sharing plan.

“It's not right for one person to have $40 million to pass out,” Gunn told the press Tuesday. If the speaker gets his way, as he has so often in 2020, projects the governor wishes to fund under GOMESA will require legislative approval.